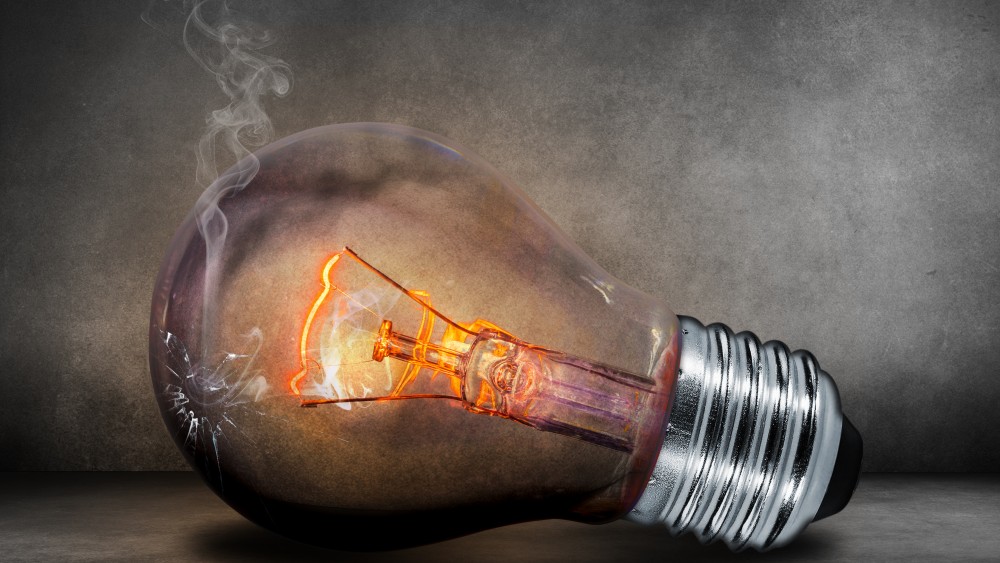 Lights out in the Heart of Darkness

I don’t mind when the power goes out. Usually. It’s an enforced respite. We had a micro-burst rip apart our town a few years ago. It was kind of a big deal. It formed quickly and centered in hard. I was driving home when the clouds tore open, dropping massive torrents of rain. My wipers had no chance of keeping up. I braked hard as a tin shed blew across the road. I recognized it as it took flight. It was the one we had just bought but never got around to securing properly. There was no power for about a week. That was actually pretty inconvenient.

There’s a thrill – an adrenaline rush for those first few seconds after a blackout, fueling a sense of adventure in your home. This rush is heightened if the power goes out in the evening leaving us scrambling around bumping into things while collecting candles. Then we wait. For a while.

When it becomes apparent that a blackout may last more than a few minutes, we get in our vehicles and drive around looking for patches of neighbourhoods still with electricity, because no one really knows where our electricity is wired in from. Nebraska? Gatineau? Scotland? Now, the sense of community strengthens since we all are plunged into the same darkness. Power outages are the great equalizer!! We are all the same in the dark. Without shape; without form.

Then a sense of dread begins to settle in as many begin to project worst-case scenarios. Most houses are silent except for the atonal drone bleeding in from a town filled with buzzing generators, most of which will be running on empty soon after blast off. This is when our dependency on electricity begins to manifest itself through physical withdrawal symptoms. I don’t think my grandfather would have been paralyzed by anxiety, fear, anger or headaches if the power had gone out on his dairy farm in the forties and fifties.
But we’re hooked and there’s little hope for the majority of us addicted to electricity. It’s a dependency that is so strong people will resort to crazed, desperate measures to buy time until the grid is back up and spitting volts.

Then, right before we full on snap from tension, agitations and physical discomfort, the lights come on in the house. All of them, because moments after the power went out earlier, we flipped every switch on in every room just to be sure that the power was indeed out. The house is washed in lights. The motor of the fridge kicks on. The TV clicks to life. The fan starts to spin and the washing machine picks up where it left off (on the spin cycle) while the microwave beeps while flashing a green ‘12:00’.

“The power’s back on” is the refrain. The buzz from the generators is silenced. There’s a collective ‘sigh’ of relief as we boot up the computer and get on with things, vowing to be more prepared next time.
But the true heroes who work in the dark are never fully recognized in the light: the massive team of hydro linesmen and lineswomen and the splayed network of utility specialists whose work ironically shines the brightest in the heart of darkness. It’s by and large a thankless, dangerous job. Typically, the power doesn’t go out under ideal weather conditions: it’s windy, storming, snowing, hailing. The rains can be torrential, the heat punishing or the cold fiercer than those in the Arctic. These are the conditions that beckon those super heroes scaling hydro poles, or hoisted three stories high up in hydraulic buckets. I have no true idea what it is that they do out there in those formidable conditions, but when the washer starts spinning and my guitar’s amplifier starts humming, I just cannot thank them enough.