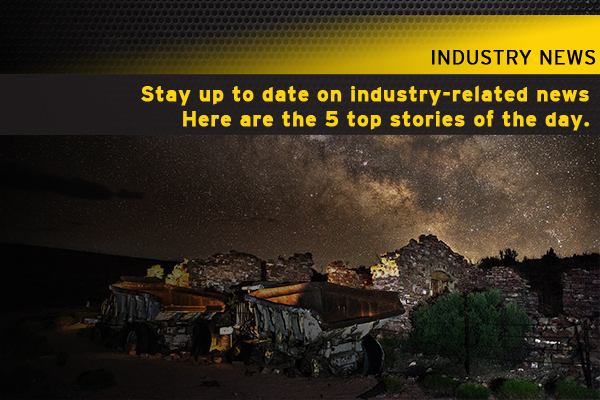 As solar power gets cheaper, more and more schools are adopting the technology. They are also integrating it in the STEM curriculum.

The changes were aimed at making the Brazilian mining sector more competitive. It did, however, pass a bill to create an autonomous regulatory agency which should speed up licensing.

3. Luxembourg, Japan team up to explore and mine space resources

The deal means the two countries will share information and technology. Luxembourg is only one of two countries to have passed laws regarding mining in space.

As Brexit approaches, the UK construction industry is already seeing EU construction workers leave. The industry is asking the Government to clarify the post-Brexit immigration status of EU workers to eliminate the uncertainty.

5. This robot miner explores areas too dangerous for humans

“Mounted on a platform with four wheels, the robot has a humanoid torso, head and arms that allow it to support payloads of 5 to 10 kilograms. Sensors allow stereo vision, force feedback, scene rendering and localization.”