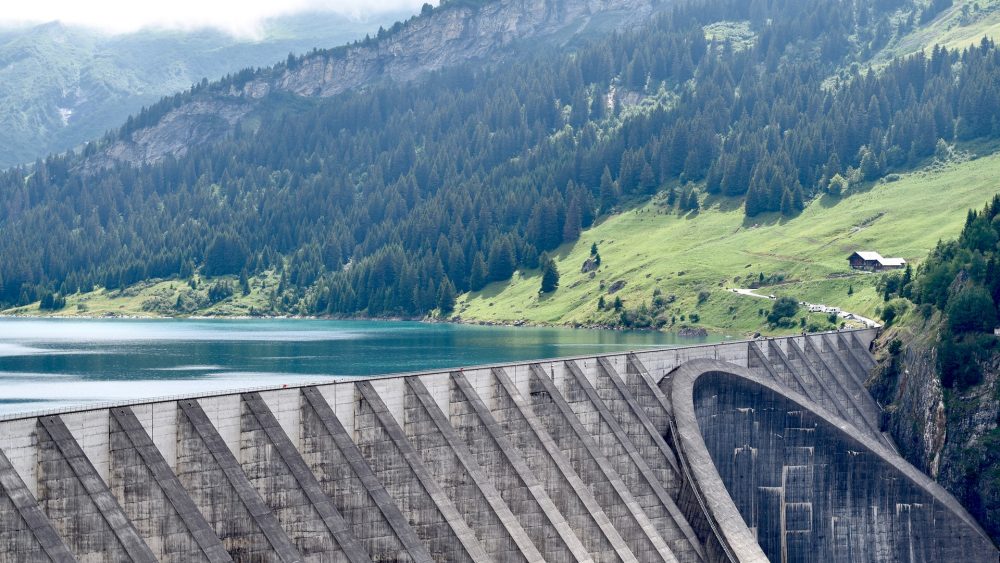 When the Levee Breaks

“When the levee breaks I’ll have no place to stay. Mean old levee taught me to weep and moan.” -Kansas Joe McCoy, Memphis Minnie, Zeppelin

A little while ago a dam’s structural intolerance towards a sudden deluge of rain and mountain runoff sent people packing in Northern California. It’s a big dam. Tall. It holds back a lot of water and generates a lot of power.

Authorities are scrambling to reduce Lake Oroville’s level by 50 feet and repair damages to a critical flood control measure ahead of a storm expected later this week.

Residents were ordered to leave the area Sunday after massive damage to an emergency spillway — which lets excess water out when Lake Oroville’s level rises to overflow the dam. If the spillway fails, it could flood communities downstream with what one official warned could be a “30-foot wall of water.”
CNN – Feb 14th, 2017

Off they went. Quickly.

There’s a dam in my town. Growing up it was called ‘La Cave’, but has since been re-christened and rebranded as ‘The Otto Holden Station’. It harnesses power from the mighty Ottawa River, creating a whole lotta hydroelectricity, which I think is sold on the free market (which is admittedly an oxymoron). It turns out that the hydro power we generate right in our town’s backyard is not the same power that powers our town. No. That power that powers our town is zapped in from somewhere else. Maybe some wires were crossed by mistake? I don’t really know. As long as there’s heat when I jack the thermostat, and light when I flip the switch, I’m not too interested in the whole affair. I’m resigned to that fact that regardless of where it comes from, hydroelectricity is grossly overpriced.

Our dam is in good condition. I know a few people that work there. One is a millwright that knows every inch of it. This is what he says when he gives public tours of the dam to school children: “The Otto Holden Station on the Ottawa River was built with 300,000 cubic metres of concrete poured over four years starting in 1949.”  That’s when the children stop listening and the teachers begin yawning. It’s a tough speaking gig for him, but he loves the hell out of that dam.

Prior to day one of it’s construction, there was a gradual influx of migrant workers. A small temporary community was erected on site to feed and house the workers. There are still remnants of this in the form of a ghost town reclaimed by the large stands of pine trees. Hydro Town had its own mill, tennis courts, baseball fields, general store, and a bowling alley. My dad was a ‘pin boy’ amongst many other things. He was just a kid. His job was to reset the pins by simply picking them up after a strike (or a dreaded 7-10 split) and setting them upright again. He also delivered coal and massive blocks of ice, and paddled supplies up and down the turbulent Ottawa river. When I was kid I watched The Bionic Man wage an epic two-part battle with the notorious Sasquatch. I also listened to KISS records. Sometimes I went for a spin on my red bike with an orange banana seat to buy Hubba Bubba.

Today, if our dam began to show any type of structural stress or indicators of impending doom, and we were ordered to evacuate immediately, I’d have to think long and hard about just what to take with me. My wife, for sure. And Eli, Wallace and Shamus — our 3 mini schnauzers, although they don’t travel well they are not strong swimmers, even when just doggie paddling. They’re yippy things that don’t take kind to strangers. I’d certainly take an acoustic guitar and one electric guitar. Well, I’d need two electric guitars really. And my Fender amp. And some guitar cables. And maybe a second amplifier. You can never have too many guitar amplifiers with you, especially in these times of global, socio-eco-political uncertainty. And probably my ukulele. And a double neck electric guitar where one neck has six strings and one neck having 12 strings. That’s about it, I think. And maybe a few pairs of Chuck Taylors.

During the Depression of the 1930’S, and under billowing clouds of dust, the Oakies — migrant workers out of Oklahoma, packed up their families; stacking their worldly possessions atop old clunkers before beginning the long trek out west to the land of promise, sunshine and orchards. John Steinbeck wrote a realist novel about it in 1939. Grapes of Wrath. The novel earned him a National Book Award and a Pulitzer. It’s an inspiring read. I have a really old edition of this classic piece of Americana literature purchased from an antiquarian bookstore hidden in New Orleans’ French Quarter. This was one year before Hurricane Katrina messed with their levees. On second thought, if I had to flee with short notice, I’d certainly have to pack Grapes of Wrath, along with my wife, dogs, guitars and amps. And maybe some Bukowski.