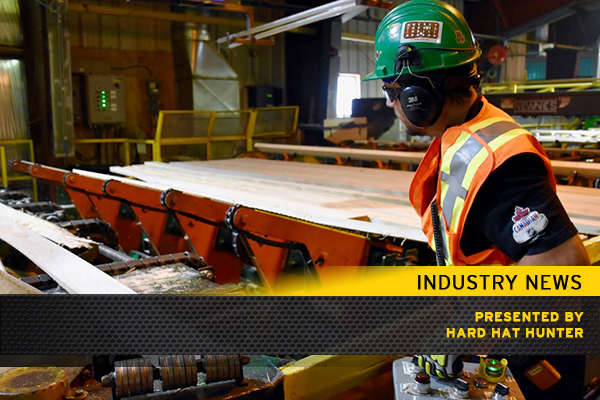 A century of hard-work was celebrated at EACOM’s Timmins sawmill on May 31. EACOM’s president and CEO, Kevin Edgson, said the TImmins sawmill’s story is one of resilience and growth, of dedicated employees, and strength in a challenging industry. Located on the banks of the Mattagami River, Rudolph McChesney Lumber was founded in 1919. “Many have things changed. If you think about it, when… a mill was built 100 years ago, logs came down the river, the woods were worked by people using a team of horses. Back in 1919, the war had just ended, it was a new dawn and as things came forward, so did industry and the development here in the North,” Edgson said. Through the years, the ownership of the site has changed hands several times, with EACOM purchasing it from Domtar in 2010. It’s endured two fires, in the mid-1950s and in 2012, and it was devastated by a flood in 1960. On May 31, a group of people toured the sawmill to witness the technology that is featured at the modern facility. In the past decade, EACOM has invested more than $42 million to modernize its facilities and improve its performance READ HERE