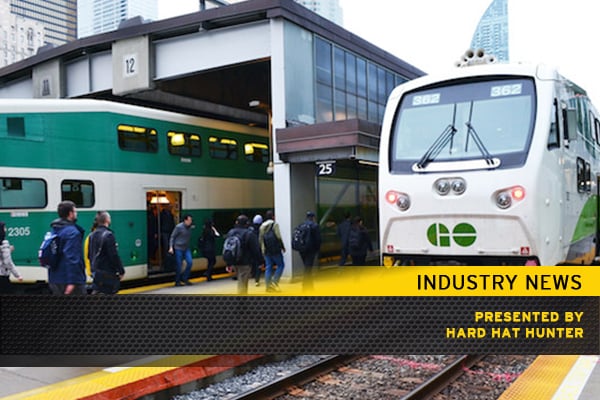 A multibillion-dollar project to expand Ontario’s GO Transit network took two major steps forward May 30, with the Canada Infrastructure Bank (CIB) announcing an investment of up to $2 billion and the province shortlisting four consortia to advance to the next stage of procurement on the project. The rail system expansion — officially known as the GO Regional Express Rail On-Corridor project — has been in the works for years and involves significant construction work along the Greater Toronto and Hamilton Area rail corridor, a new train maintenance facility and upgrades at Toronto’s Union Station. The wide-reaching project also incorporates rail electrification, refurbishment and maintenance on trains and oversight of train control and dispatch operations, among many other aspects. To meet the long list of requirements each of the teams bidding on the project include a diverse set of construction, engineering, rail specialists and financiers. Revealed May 30, the four consortia to advance to request for proposal stage are: EnTransit, MTR Kiewit Partners, ONcore Transit and ONxpress Transportation Partners (scroll to the bottom of this page for a complete breakdown of the individual companies involved) READ HERE