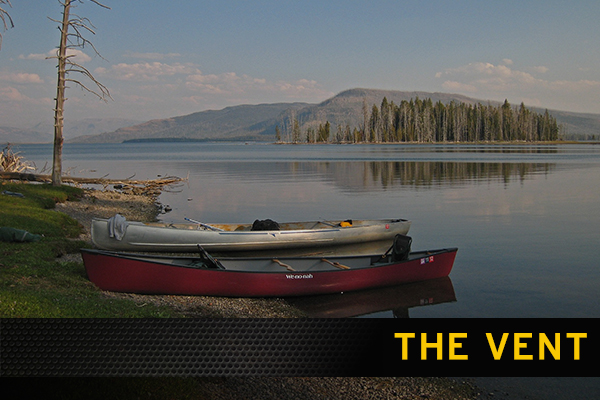 Paradise by the Accountant’s Dashboard Light

I’ve had an offshore savings account before it was even cool. To manage my taxes, I take all my money and put it in a plastic milk bag wrapped in tin foil. Then every second Friday I go to my offshore account and add money to it. So, it’s not just for the rich and famous like Kim Kardashian and Queen Elizabeth. I guess the only difference being that my offshore account is not hidden deep in a labyrinth of shell companies each with their own PO box in Panama or the Cayman Islands. My fancy offshore account is tucked under a tipped over canoe three feet off the shore of the mighty Mattawa River, just past the old tree that has this massive knot that looks like Chad Kroeger from the band Nickel Back. So, I guess the principal function is the same, my offshore account is just not as cool or glamorous as a billionaire corporate tycoon stashing his cash in the tropics known for typhoons. My offshore account to date has about $36 bucks stashed safely under the tipped over canoe. It would be way more but I keep losing my money because the dude that owns the actual canoe keeps finding my savings. Damn. I need to find a more secure offshore account to beat the tax system. I’m not sure it’s all above board but I’m also pretty sure it’s not cool for whoever owns that canoe to plunder my savings even though I taped a note to the bag saying PLEASE DON’T PLUNDER MY OFFSHORE ACCOUNT.

Now, did I think up this convoluted scheme myself? Nope. My financial and spiritual adviser (same dude) suggested it. He made a weird looking diagram on a sheet of paper that resembled more of a Ponzi scheme and schematics to build your own nuclear-powered submarine that can parallel park. When I told him about my canoe account he rolled his eyes and dropped me as a client. As he escorted me out of his office I asked him to spot me thirty bucks for a nice lunch at a fifties themed diner a few blocks down the street where you can order a malt and a cheeseburger for $3.99 and listen to Chuck Berry.

I’m not much of a crowd person anymore. I think it comes with age. I am 114 years old. I need my personal space, but there are times and circumstances when I need to adapt. My tolerance and patience for people in large groups who struggle with the fact that no one really cares much for their public display of tomfoolery, shenanigans, nonsense, and public displays of jackassery, solipsism and narcissism is now pretty close to zero. I get where they’re coming from. Not many folks are comfortable with the fact that 99.9999% of others are unaware of the existence of their fellow human co-habitant, and if they are aware, they are 99.999999999% indifferent. Nowhere is this mass existential crisis more apparent than at a public event. Not like a funeral or anything, but something a little more celebratory. Compound it all by adding beer to the mix.

I attended a WEEN show last week at Stubb’s, in Austin. What is Stubbs? This is Stubb’s:

“Stubb” was born Christopher B. Stubblefield in Navasota, Texas, as one of nine sons from parents he describes as “real good cooks.” In the 1930′s, Stubb’s family moved to Lubbock, Texas to pick cotton, and it was during this time Stubb learned to cook by working in local restaurants and hotels. Stubb left Lubbock to serve in the Korean War as a staff sergeant in the 96th Field Artillery, the last all-black army infantry, where he was a gunner and a respected leader. Stubb used this time to perfect his culinary skills by overseeing the preparation of daily meals for as many as 10,000 soldiers.

After he returned, Stubb eventually opened his first restaurant in Lubbock in 1968, across from the county fairgrounds. He made his first barbecue in the hickory pit behind his place and filled the jukebox with vintage blues music. It was here that Stubb’s Legendary Bar-B-Q was born…

Although small in size, Stubb’s Restaurant was always filled with good friends, great music and plenty of Stubb’s Legendary Bar-B-Q. The Lubbock location is now closed but the legend continues here in Austin at 801 Red River. Come on down for some Live Music, Cold Beer and Great Food! 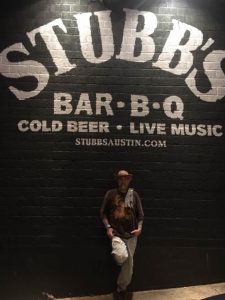 Okay – so meanwhile back to the WEEN show. Stubbs is a great place to see a live show. No seats but the stage is down at the bottom of a subtle grade so regardless of where you are, you could see the show and the sound’s great. If inclined, you could snake your way up as close as you wanted but would sacrifice personal space. My little crew opted for a little more walkaround space towards the back of the open grounds where they sold full racks of ribs for 10 bucks.

Then, out of the blue, a dude filled with Bud Light who seemed to be going out of his way to demonstrate how outrageous he was, and how much he dug the band – he was draped in a WEEN flag and a US flag — came up behind from my pal and flicked his ears and tussled his hair. This was a bad call. My pal voiced and showed his displeasure, and the guy, embarrassed and deflated, apologized and apologized and apologized. It was a weird scene, but I dig weird scenes, and to me when someone asks how was WEEN, I say “great, some dude pretending to be drunk flicked my buddy’s ears.”