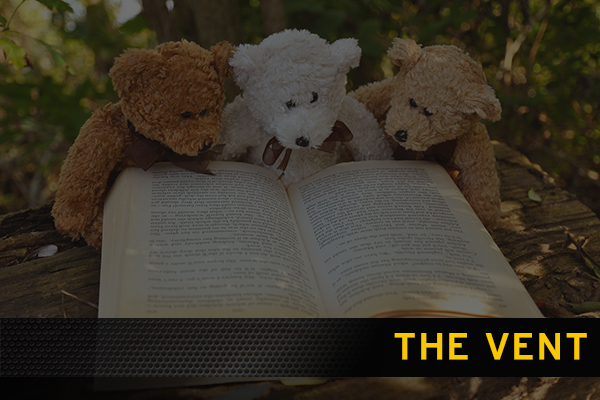 The Great Austin Trilogy of 2017

Lurch, my son, (this is not the name on his passport – the name on his passport is ‘Shannon’). His namesake is Shannon Hoon, the singer and guitarist from the Blind Melon. In 1995 I had tickets to see them play an early November show in a tiny venue in Toronto. A few days earlier, at the age of 26, he took that eternal sleep in the top bunk of their tour bus while in New Orleans. They had a gig that night at Tipitinas. I was in Tipitinas a few years later. Neat little club. There were a few fake vampires selling Blizzards to heat-baked tourists. So, in that’s how Lurch got his ‘Christian name’. He used to be called ‘Bug’ up to about age eleven. Then, one morning he woke up and he was about nine feet tall with unruly legs and these really long gangly arms that would always end up knocking stuff of counters or tables and so forth. From that day on his metamorphosis was complete from a bug into a Lurch.

Lurch is a smart dude who just turned 21. This was our first real father-son trip regardless of the fact that he is way more reasonable a mature than I am. On this trip, we were just two dudes and he got to see me not as dad but dude.

Texas Geoff, our host, arranged a clandestine top-secret studio tour of his workplace — a video game development company, a few hours before having to hop a plane back to the tundra that is Metropolitan Mattawa. Top secret stuff. Electronic non-disclosure agreements etc. Cameras everywhere. The gaming world is cloaked in secrets. I was cloaked in a cloak that I bought at the Cloaks and Clocks store right across the street. I did not need a clock, but one can never have too many cloaks. And daggers. I have 36 cloaks (now 37) but no daggers. I also have a few clocks, but you already know that if you’re paying attention.

The tour was cool. I don’t know anything about video games. I played Tetris once. It gave me a headache so I took a five-minute walk down the hill to the Mattawa River and chucked it into the depths to sleep with the fishes. Then I hailed a cab to take me home as the river is at the bottom of my street at about a 36-degree down grade or up grade depending on which way your walking.

The tour was on a Sunday. It was pre-arranged that some developers and designers would sign a whack of swag for Lurch. The workspace was unconventional. Lots of white boards where someone would doodle out an idea or algorithm or crude sketches of early concept art etc. On one dude’s desk was an Emmy award for the score he composed for a TV show. ‘An Emmy Award, or simply Emmy, is an American award that recognizes excellence in the television industry.’ Cool. I held it. It was heavy. I started to give a speech thanking all the little people out there who made me the massive success that I am today. Lurch took the Emmy away from me and put it gently back down on the composer’s desk and shook his head at me. Then we flew home to snow. It was sunny and 32 degrees Celsius when we boarded minus five degrees Celsius when we debarked in Ottawa. Damn.

The next day I received a message from Texas Geoff saying how he had just been working when he heard these ‘pops’. He stood up and looked down on to the parking lot where two people were shooting at one another from their cars which had collided after some type of road rage accident that began on the street. His two friends who were on smoke break ran for cover. Short story – no casualties, cops came and spent afternoon collecting shell casings after the two duelers I guess just kind of called it a ‘draw’ and sped off. Lots of employee vehicles made the drive home with bullet holes where there were no bullet holes before.  I looked for any type of media coverage of the shootout but there was nothing. I asked Texas Geoff about this. “It happens all the time so it’s not really news.” Yikes. He’s ready to come back to Canada. I’m ready to go back to Austin. It’s freezing here.