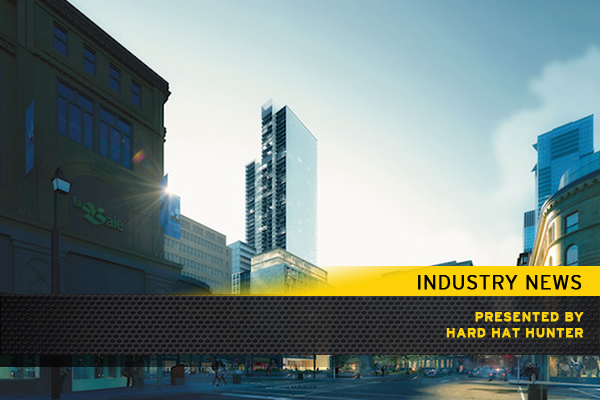 A real estate development firm with several completed projects under its belt and a couple more in progress is setting its sights higher. Brivia Group announced plans May 30 for a 61-storey tower near Phillips Square in downtown Montreal. If completed today, the 220-metre building would be the tallest residential tower in the city, eclipsing a number of condos either proposed or under construction. The so-called 1 Square Phillips — located on what’s now a parking lot — is the first of three towers the company plans to build on a site between Place Phillips and Saint Alexandre streets. Brivia released few details about the later stages, but said the total development could cost $1 billion. Construction costs for the first tower are estimated at $400 million. Like other Canadian cities, Montreal’s booming real estate market continues to drive construction of taller towers. Earlier in the month, developer and contractor Broccolini broke ground on a 200-metre tower slated to be the city’s tallest residential building when crews complete the job in 2023 READ HERE