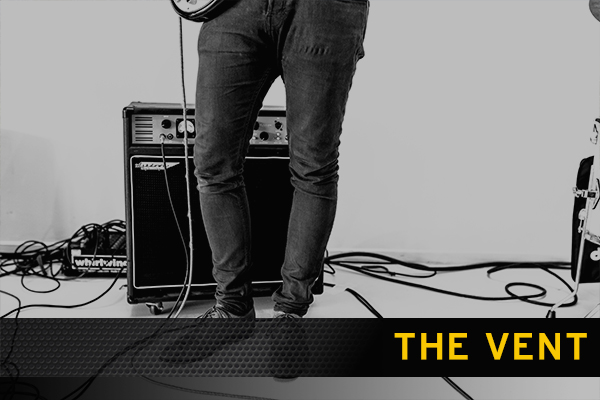 The Complete Guide to Kevin

“Hey, you still writing that book?”

“Yeah man. A little bit here and there.”

“You figure out a title?”

“Yeah, yeah, I know. You’ve told me that a few times already. But what’s the title?”

“Never mind. It’s just that the title sounds a little ‘over-the-top’. Know what I mean?”

“No. Not really. When it’s complete, it truly will be the greatest book ever written. It truly, truly will be. It’ll be right on the cover.”

“I thought that Fifty Shades thing was pretty good. And that Da Vinci Code was a page turner. Maybe the greatest book ever written has already been written.”

“How can it be when I haven’t finished writing it?”

“Okay, enough of your circular logic, Kevin. So, what’s is about again? Every time I ask, you give me different answers. For a while I thought it was about a guy with a magic sword?”

“I changed focus a long time ago. Turns out I hated writing about some guy with a magic sword. Other than attacking people with it, I couldn’t figure out anything interesting for him to do when he didn’t have it. I scrapped that idea, so now it’s gonna be an autobiography —my memoir. It’ll be the Greatest Book Ever Written once I’m done writing it.”

“Your memoir? Damn, man. You’re the dullest person I know. You never leave the bunker and seldom wear shoes. And I know for sure that you have never competed professionally in any sport of any kind.”

I read lots of books. I’m not much for fiction, with a few exceptions: David Foster Wallace, H.S. Thompson, Welsh and Bukowski, but I’m a glutton for biographies, memoirs and just random works of published facts. A friend of mine – a gentleman of questionable reputation, presented me a few years back with a large moldy hardcover book. The jaundiced, tattered dust jacket depicted a simple illustration — a diagram of a pig hanging upside down in profile, detailing the many cuts of pork one with a keen eye and sure-hand could carve out of the thing. One used to see these large diagrams in poster-form behind the counter by the meat slicer at the town’s only butcher shop. The book was simply titled:  The Complete Book of Meat. Outstanding. I read it. It was a little dry but it may have just been the cut of the author, who I give a ton of credit for writing a comprehensive book about nothing but meat. And it was comprehensive to be sure. He did not half-ass it with this thing. It’s sixteen hundred pages and about the size of a massive rump roast.

My Greatest Book Ever Written is just like The Complete Book of Meat in that the title tells you exactly what to expect from the book. A few months past while browsing a terribly generic cookie-cutter bookstore in an airport, I found a copy of ‘Norwegian Wood: Chopping, Stacking, and Drying Wood the Scandinavian Way’ by Lars Mytting. I read it. It’s a book about ‘chopping, stacking, and burning wood’ just like the title said. It was great.

Everyone deserves their own biography, or memoir. No human existence can ever be considered dull or uninteresting. No life unworthy of self-examination, and existential reflection. I read a biography on a woman who spent sixteen years sitting in silence just kind of thinking of stuff and really not doing much of anything, but it was interesting because she did do some amazing stuff before sitting down in silence for sixteen years. That part of the book was insightful and inspirational. She did a lot of things that I could not, but man, I could probably manage sitting in silence for sixteen years. Then again, I’d probably never finish up writing the greatest book ever written. Maybe I’ll just change the title to The Greatest Book Never Written and scrap the whole project.