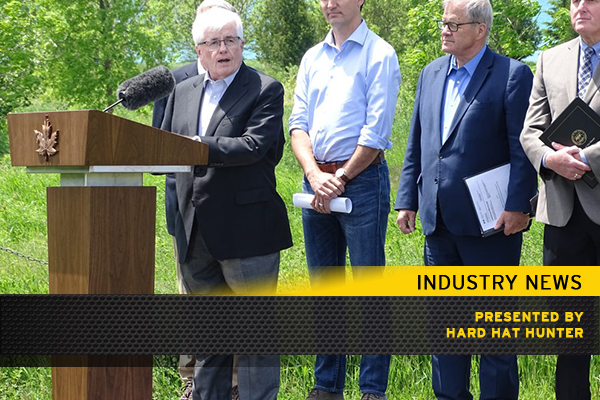 Just a few months after the federal government committed $2.9 million to construct a living memorial along Ontario’s Highway of Heroes, the project has received financial backing from the Volvo Group. The campaign, which aims to raise a total of $10 million, will see two million trees planted beside a 170 kilometre stretch of Highway 401 between Trenton, Ont. and Toronto in memory of Canada’s military veterans and fallen soldiers. Canadian Armed Forces member Corporal Nick Kerr was presented with the Minister of Veterans Affairs Commendation at the event for his volunteer work on the campaign since 2016. The tribute is expected to be complete by 2022 READ HERE