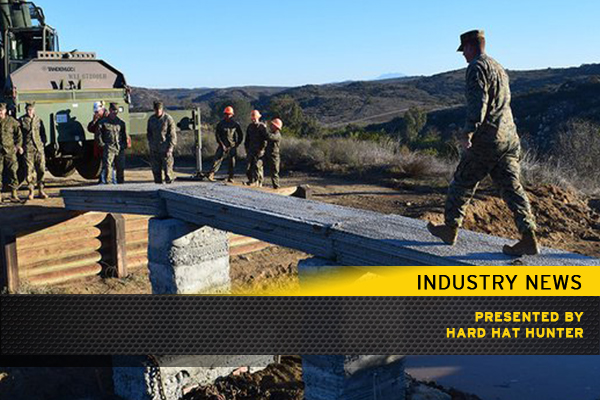 While the use of 3D printing to build whole structures in much of the civilian commercial construction industry has been limited to one-off specialty projects, the military has found practical applications. The U.S. Army Corps of Engineers’ Automated Construction of Expeditionary Structures (ACES) program is partially funded by the National Aeronautics and Space Administration (NASA) and has allowed the U.S. Marine Corps to build functional structures in the field. In January, the 1st Marine Logistics Group at Camp Pendleton in California used an ACES printer to build a concrete footbridge during a field exercise, the first time in the Western Hemisphere that such a structure was printed onsite instead of in a controlled-factory environment. Prior to that, the Marines built a 500-square-foot barracks building at their research center in just 40 hours. The Army Corps of Engineers reported that 3D printing can reduce field construction time from five days to one day per structure. The Corps also said that using 3D printing as a building method can decrease the number of construction personnel needed from eight to three READ HERE