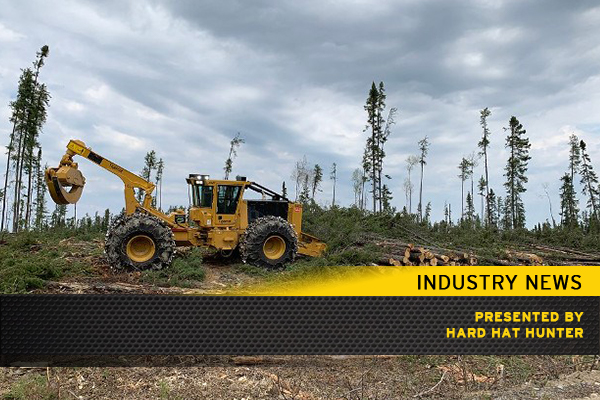 Agoke Development Corporation (ADC) staged a showcase event in northwestern Ontario to allow mechanical harvesting suppliers and manufacturers to view First Nation trainees at work in the bush. The corporation hosted Tigercat and Wajax Dealer representatives from Brantford, Hearst and Thunder Bay for a demonstration in the Ogoki Forest, 400 kilometres northeast of Thunder Bay, May 28. ADC is a forestry company owned by the three First Nation communities of Aroland, Eabametoong and Marten Falls. The training program is a capacity-building exercise run through Confederation College in Thunder Bay. In a May 29 corporation news release, 10 trainees from the communities showed off their skills on a feller buncher, skidder and harvesting processor. Through Wajax’s Thunder Bay office, the program secured a Tigercat Buncher 845d, Skidder 632E and Harvester H822D, which were hauled up to the site in early May READ HERE