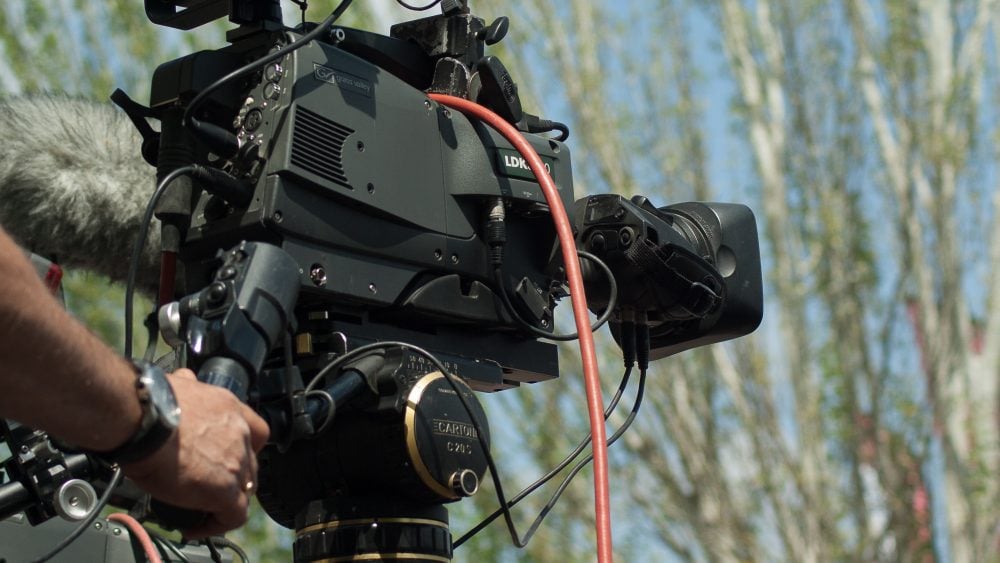 The Witch of Kiosk

“They shot a movie once, in my hometown. Everyone was in it from miles around.”
– Moses McGee

I’m a bit of a horror buff. I like most genres and sub-genres of horror from Slasher, Paranormal, Demonic Possession, Zombie (pre-2005), Found Footage, Urban Gothic and by far, Rural Gothic. Some of the best movies are those that are understated, blood-free and heavily reliant on solid acting and atmosphere. Lighting, ground-hugging fog, atmospheric music and quality actors. UK and Australia by far produce the highest calibre horror flicks mostly in the Rural Gothic milieu. The US churns out the worst. Almost weekly. Canada has certainly has produced some duds, but there is a certain charm to them as many were made with very little budget and necessity is the mother of invention. But we have David Cronenberg. We have Pontypool.

Me and my buddy were extras for a few days for the filming of the multi-episode CBC production of Kids in the Hall’s ‘Death Comes to Town’. We were in a few different scenes, one of which I can be seen pushing a stretcher with a mangled hockey player laying down on it. My buddy was the one pulling the stretcher. We both wore royal blue velour track suits. Modesty aside now, I want to just mention that I nailed my part. Everyone else needed take after take after take. It’s hard working with amateurs, but I was the consummate professional. In that single scene I captured the essence of what it takes to be a guy pushing a stretcher. I am a method actor so I thoroughly researched the part and although I don’t know anyone who has ever pushed or pulled a stretcher I know many people who wear velour track suits, so I really focused on that aspect of the role. I lived with a guy for six weeks prior to my scene.  And if you think Cillian Murphy is a versatile actor, well, I also played a guy at a funeral, a guy standing by a table pretending to talk, and a guy in a polyester suit just looking über-street-cool. Now, that is called ‘range’ in the world of theatre.

But, I would like to take a minute to thank all the people out there who has toughed it out day in and day out, in harsh elements for those marathon 20-hr shoots. They are the real stars, apart from me.

You know, the film industry is growing around here thanks to, well, me basically and my box office power, but also due to the fiscal sense it makes to film not only in Ontario, but further up the highway towards Northern Ontario. There is nothing more efficient than pulling up to a three horse town and drawing on a ready trained pool of skilled tradespeople. Now, when I talk to big shot Hollywood muck-a-mucks, and they’re looking for filming location that can stand in for Alaska, New York (upstate), the Gobi Desert or any dusty Kentucky backroad town, we have you covered. Need a barn that looks like it was built in the 1603? We can make it happen. There is even a woman who lives on the outskirts that the townsfolk claim in a witch. Her name is Magdalena and she just had her 2014 Honda Accord repossessed. That’s the word, anyway. It’s hard to confirm these type of things as Repo Businesses don’t typically admit to repossessing cars belonging to witches.