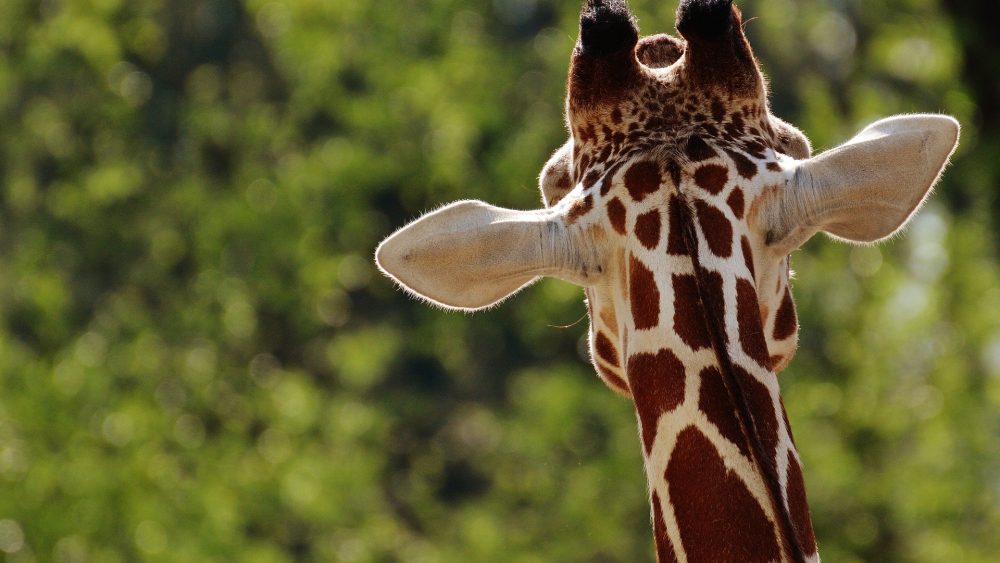 I Spent it all on Giraffes & Bracelets

Preface: This tale will start off strong before fizzling out all together

A few months ago I was roaming the narrow aisles of our small local pharmacy which is combined with a Dollar Store. In Aisle A, you can buy a plastic fly swatter, while in Aisle B you can by laxatives. You can get the fly swatter for a buck. I don’t know the price of laxatives, which works out okay because I was there for generic acetaminophen and toilet paper – both of which were on sale. It was a late Friday afternoon on a payday. My pay is automatically deposited into my account every second Friday usually by noon. I just take it for granted. My account spends half it’s time in the red and half in black. It’s covered by overdraft protection by a few hundred bucks.  I asked the bank lady years ago when my employment was sketchy, if she could bump my overdraft protection to $300,000. “You’re a freelance writer? Is that correct?” She was trying hard not to laugh.

Walking the razor’s edge between the red & the black isn’t that big of a deal. Our household bills are automatically paid and most financial obligations are dealt with so it’s no like I have nothing to show for my workaday efforts and 9-5 existence. Yet, on this pay day, whatever cosmic reason, there was a weird fart in my automatic deposit. I was blissfully oblivious and aloof until I tried to pay for the heavily discounted toilet paper and acetaminophen using my Interac card. Card Declined. Non-Sufficient Funds. Brutal. You tend to get a weird look from people in line behind you when the teller says you don’t have the money for toilet paper and pills. I ended up using my VISA. I may have gotten Air Miles out of the deal. I dunno.

Sometimes I’ll just go sit in a park to watch the children play and the old people sitting together as couples, both in quiet contemplation, and I think: “Damn! I wish I had a bazillion dollars. I’d never have to worry about Tylenol and toilet paper again.” Seeing that you can’t go as far on a trillion like you could in the nineties, I had to up my greed.

Last week I emailed the guy that helps me save my money by taking it from me and putting it somewhere. I don’t ask too many questions, and he offers up very little. Maybe he keeps it in a sock under his mattress. I trust him, so it’s all good. I am not asking him to launder copious amounts of dirty money. I am not Pablo Escobar, although Pablo Escobar is no longer worrying about laundering money. He’s not longer worrying about much of anything now, and his days of impulse spending are over. Man, he burned through money like crazy. On cool stuff like giraffes and dune buggies. Today, Johnny Depp spends $1.6 million every thirty minutes on lawyers, guns and fancy bracelets. The guy that is supposed to help him save his money apparently told Johnny to stop the spending frenzy, so I think Johnny fired him then hired a lawyer to sue the dude for losing Johnny’s money or something. The accounting trail gets a little crooked. I don’t know Johnny Depp and had never met Pablo Escobar. I run in a more low-profile circle, but they have both taught me how to live large with money, which is why I felt compelled on impulsive to email my money guy:

“Hey there XXXXXXX (name redacted on the advice of my legal adviser). I am well. I was just thinking about Pablo Escobar and the popular actor Johnny Depp. Can you do that thing where you help me get a lot of money so I can buy giraffes and helicopters? Oh, and I saw some commercial about how you can make the whole Freedom 55 thing work out for me. I’ll sign whatever form it is. I’m 48, by the way, so I figured I’d ask you early so you don’t have to rush. Thanks daddio!

I sent that email a few weeks ago. Maybe he didn’t get it because as of this date, I have not received a reply from him.

So, till I hear back I’ll keep tossing in a few bucks a week for the workplace lotto pool so then for a few days at least, before anyone can check our tickets, I can tell wax poetic on the possibility that maybe this week our numbers will come up and I’ll be able to by an RV and drive to the sea and golf while giraffes just kind of loiter around. Actually,  I’d probably buy a helicopter and tie tether the RV to the bottom of it and fly it out to the sea just to get there quicker before the giraffes figure out that they have no business anywhere by the sea.