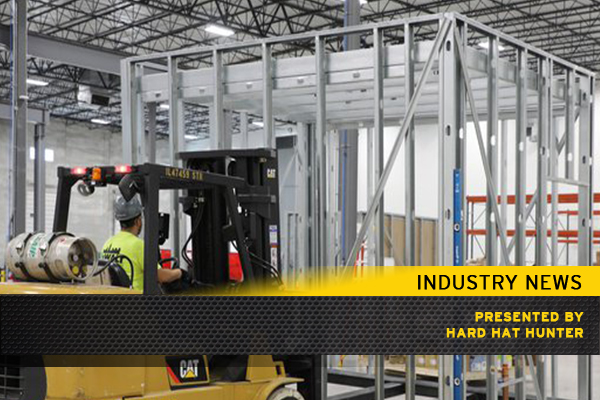 “What we’re seeing now with the opening of our new facility is a full alignment of our design, engineering, manufacturing and construction abilities,” he said, adding that the factory represents a milestone for the firm. “We’re jumping from site-based construction with this leap into manufacturing,” Swanson said. Using an assembly line system, skilled employees will build and assemble 95% of a project’s modular components, including fixtures, finishes and most appliances. The modules are then shipped to the jobsite where they will be assembled and finished by Skender construction teams. Expected to be at full capacity in about 18 months, the plant will employ 150 people, who will be eligible to be bargaining members of the local carpenters’ union. The vertically integrated design, construction and manufacturing firm’s first modular order is for 10 affordable-rate, three-flat apartment buildings for Chicago developer Sterling Bay. Based on a common architectural type in the city, each three-flat consists of 12 modules, totaling approximately 3,750 square feet per building, with three two-bedroom, one-bathroom units and modern, market-rate finishes, Swanson said.  The steel-frame units will be completed and ready for occupancy in the city’s 27th Ward in a nine-week production schedule – 80% faster than conventional construction methods – and at a 5% to 20% lower project cost, depending on the delivery method, according to the firm READ HERE