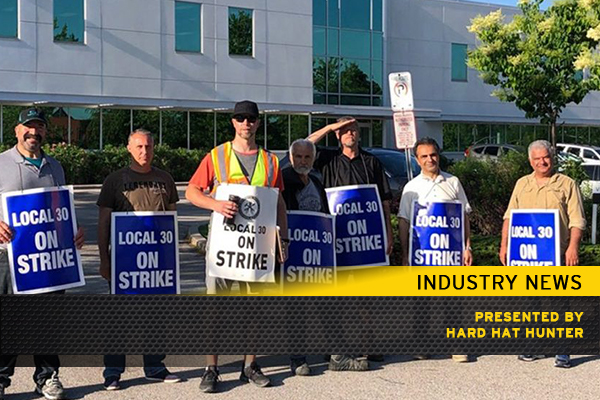 The strike by unionized sheet metal workers in Ontario’s ICI sector is now its eighth week and it’s become clear the work stoppage is having a significant impact on projects across the province. “It is starting to have a major effect on worksites,” said Construction Employers Coordinating Council of Ontario executive director Wayne Peterson on June 25. “They cannot put drywall in, they cannot do a lot of the work until the sheet metal, ductwork and so on goes in. “There is no-one there to do the work and it is stopping other trades from doing their work.” John Mollenhauer, president and CEO of the Toronto Construction Association, said most construction jobs have tight timelines so any disruption in the flow of work is a problem. “A great many projects are affected by the sheet metal strike,” he confirmed. “The impacts are very different depending on the stage of construction but targeted delivery deadlines are typically tight and most don’t have sufficient schedule contingency to weather a prolonged delay of one or more critical trades.” Neither the union nor the Sheet Metal Contractors’ Association would comment on negotiations but Sheet Metal Workers’ and Roofers’ Local 30, with 3,500 members in the Toronto area working in the sheet metal, roofing and siding and decking sector, has been keeping its members informed via Facebook several times a day. The main issues appear to be hours in a work week – working four days versus five – and control of hiring rosters at hiring halls READ HERE