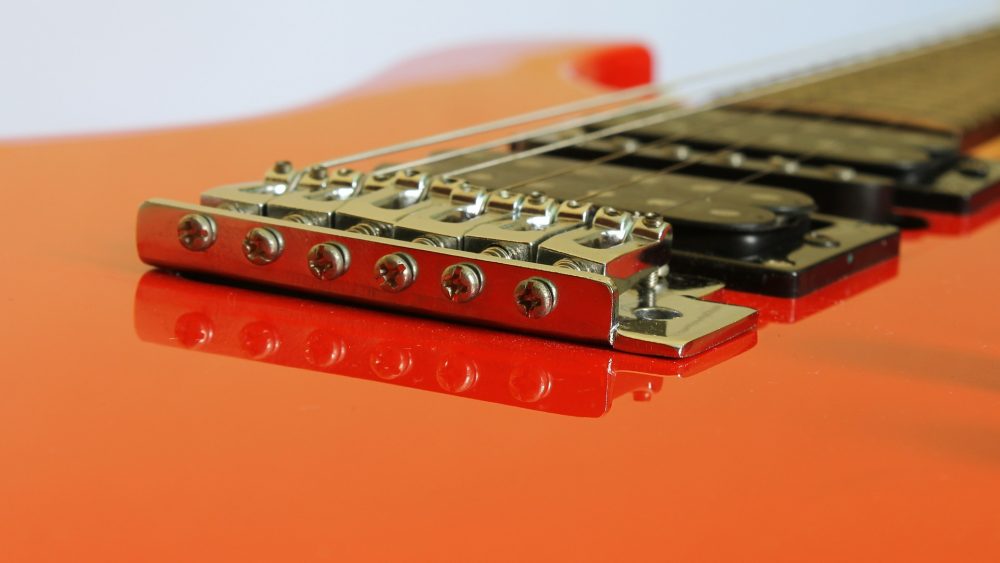 Hello. I spend a whole lotta money (which is relative as I don’t make a lotta money) on the whole lotta tools required to be a competent working musician. Guitar amplifiers, PA systems, microphones, and the guitars themselves are the main big-ticket items. When these things get sick, it takes money to revive them. But all this gear is worthless without those little accessories that make these big-ticket items work. Guitars need strings, stomp boxes need batteries and adapters, pots (a.k.a. potentiometers) require replacements and input jacks short out, and guitar cables that claim to never crap out, crap out. Guitar cables have always been the bane of my existence. When they short out I’m cooked. When it happens in a live setting (and the law of averages dictates that the more often you do something, the greater chance of some type of deviation) I’ll swap it out quickly. In the past, after the gig when I unload, I’d add the junk cable to the massive knot of dead cables; the knot slowly growing with each dead cable added. Then I would buy a new one to replace the shorted out one, vowing to stop getting cables from Hong Kong and to spend more money on cables of a higher calibre. The last expensive cables I bought locally cost as much as about 15 crap cables, but it would be worth it to be able to play with confidence that I wouldn’t short out. There is a total value in playing with confidence. I have backups of everything.

I had a guy in my bunker ask why I had a massive knot of instrument cables. I told him they were junk and I was just waiting until the knot was big enough so I could just roll it to the top of a hill and give it one push, sending it rolling, picking up speed before splashing into the river where it would bob up and down and disappear down the mighty and historic Ottawa.

He looked at me like the monster I had become. “Why don’t you just fix them. It’s not rocket science, man. Or just make your own?”

After a few DIY Youtube videos and some minor start-up investments (soldering iron, solder, some multi-armed cable holder thingy with a lighted magnifying glass, shrink tubing (for years I’ve been looking for an excuse to buy massive amounts of shrink tubing), tweezers, scalpels and replacement jacks), I set in to repair and reuse.

I fired up the soldering thing and set the dial to EXTREMELY HOT AND DANGEROUS. Waiting, I was tempted to just touch the tip real quick to see if it was ready to rock. I didn’t. I learned about tinning the wires with small amounts of solder, and how less is better. Globs and blobs of solder are not ideal. Watching solder liquefy would turn into kind of a Zen thing. Very relaxing. But not initially. My first attempt resulted with me burning a massive hole clear through my palm, round enough in diameter to fit a gold coin and clean enough to see right thorough it. I fixed the hand hole by filling the gaping wound a big glob of solder. After the solder cooled, effectively cauterizing the wound, I managed to solder one end of the cable to a rake by mistake. (I was using a neighbor’s work shed — my wife didn’t think I should solder anything in the house in case I started a fire). Then for reason’s still unclear, the work shed caught fire. Poof. Burned to the ground. Levelled. I barely escaped with my life, trailing behind a rake soldered to one end of a guitar cable.

My neighbour was not at home when his shed was leveled by fire. He was out on a six-week run west in Ft McMurray. When he did come home he asked me some stuff about his shed, but I feigned total ignorance. He seemed suspicious. I could tell when he said “I’m suspicious.” I suggested that the fire could have been set by the neighbor with whom he had been feuding with since the incident when his fence was damaged by someone on a riding lawnmower. “Retaliation arson?”

Since the burning of my neighbour’s shed, after some trial and error I’m getting good at soldering and fixing my damaged cables. I’m now learning a little about electricity, and the nuances of different gauges of wires and how they translate into the difference between a noisy cable and quite cable when plugged in. I’m at the point now where I am buying instrument cable in bulk and making my own custom cables. There us a 600-pound spool of Mogami cable down in my bunker and I now know what this means:

Most musical instrument sound pick-ups, for example those in electric guitars, are comprised of high impedance circuits driven mainly by voltage, with very little electrical current flow. That is why handling noise (microphonics) can be a problem for guitar cables. Microphonic noise is caused by the minute voltage generated when a cable is flexed, stepped on, etc. Guitar cables must be designed to prevent this, so a conductive PVC layer is placed under the shield conductor to drain away this voltage.

I am truly inspirational. I tell people, mostly strangers, that I taught myself how to solder and make guitar cables, and that they should be inspired by my inspirational story of self-improvement. I suggest that I should be declared as a National Treasure. This is when most people just back away slowly, asking that I stop talking to them.