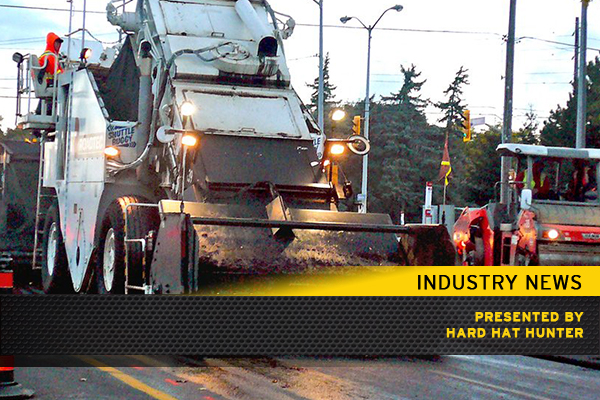 Ontario Rolls Out Big Plans For Road Building And Maintenance

Ontario is digging deep to roll out billions in infrastructure while also launching $1.3 billion in road repairs and upgrades this season. What’s more interesting, says Bryan Hocking, chief operating officer of the Ontario Road Builders’ Association (ORBA, is that the Ontario budget tabled in April shows there may be more money in the pipeline. “The recent rehab tenders announcement covered Jan 1, 2019 to June 30, 2019,” he says. “There might well be more to come, which would be great news for our industry, particularly in the North. The 2019/20 budget projections are approximately $2.75 billion for ‘provincial highways.’ We are now waiting for some of the supporting details.” Ontario will pay one third of $30 billion over 10 years with similar contributions from municipal and the federal government as part of the Canada Infrastructure Program but a very small proportion will go to roads. The three-level infrastructure program is in four streams: Rural and Northern, Public Transit, Green Projects and Community, Culture and Recreation. The vast majority will just go to the $28 million GTA transit expansion however, since Ontario has already committed $11 billion towards that READ HERE