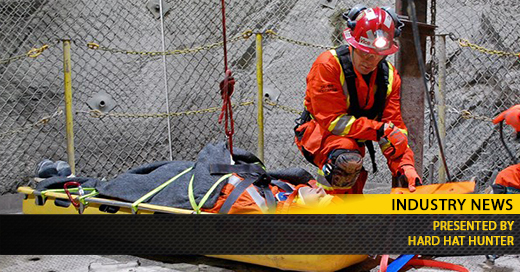 Ontario Mine Rescue is marking its 90th anniversary on June 20, 2019. On that date in 1929, the provincial government of the day passed Workman’s Compensation Board Regulation 98, which outlined details to establish mine rescue stations and train mine rescue workers through the province. Ontario Mine Rescue was created following the recommendations of T.E. Godson, who was appointed by the Ontario government to investigate the Feb. 10, 1928 Hollinger Mine Fire which resulted in the deaths of 39 miners. Within a year of releasing his final report, mine rescuers were being trained, and within three years, three mine rescue stations were established. Investigations into subsequent incidents contributed to the continuing development of mine rescue: the Malartic Fire in 1947 led to standardize training and procedures; the McIntyre Mine Fire in 1965 led to the adoption of the four-hour breathing apparatus; and the Falconbridge Rockburst in 1984 led to the expansion of mine rescue responsibilities. Today, mine rescue has evolved from a fire service to full emergency response service for all underground emergencies. Mine rescue teams across the province also participate in annual competitions to test their skills against one another. This year, K+S Windsor Salt, Ojibway Mine was named the overall winner of the early June competition READ HERE