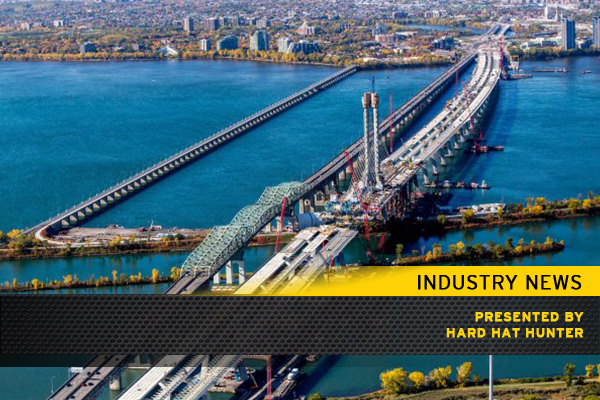 After four years of construction, work on the new $4.2-billion Samuel De Champlain Bridge has entered its final weeks. Infrastructure Canada confirmed June 17 that the northbound lanes of the 3.4-kilometre span will open to traffic June 24, while the southbound segment is cleared to start carrying vehicles out of Montreal July 1. The updated timeline is in line with the government’s commitment at the end of last year to finish the job no later than June 30. The major infrastructure project is about six month behind its original schedule, however. “I am very happy to see that the people of the greater Montreal region will be able to drive on the magnificent Samuel De Champlain Bridge as of June 24,” François-Philippe Champagne, Canada’s minister of Infrastructure and Communities, said in a release. “Throughout the project, the Government of Canada has maintained its priorities: the health and safety of workers on site, the quality of the work to be delivered to Canadians and the durability of the work for the next 125 years.” The final few weeks of work on the new bridge will consist of waterproofing and paving the bridge deck, according to Signature on the Saint Lawrence (SSL), the build team made up of SNC-Lavalin Inc., Dragados Canada, Flatiron Constructors Canada and EBC Inc. Rerouting traffic from the old Champlain Bridge will then take place in two phases June 24 and July 1 READ HERE