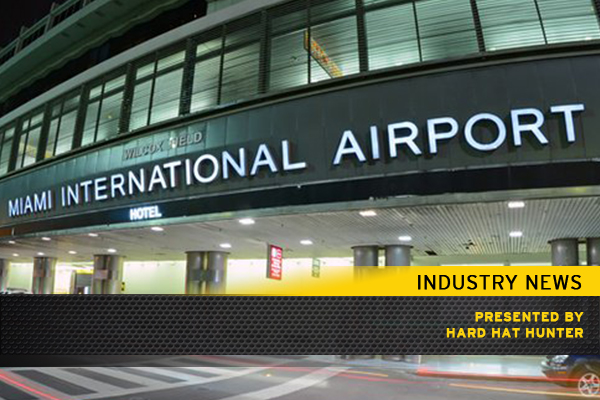 Miami Airport Officials Approve Up To $5B For Capital Projects

Miami-Dade County commissioners voted unanimously Tuesday to fund up to $5 billion of capital improvement projects at Miami International Airport (MIA). There is also money in the program allocated for projects at the county’s general aviation airports. The projects will take place during the next five to 15 years and will include five primary “sub-programs” at MIA: redevelopment of two concourses in the airport’s Central Terminal; an expansion of the South Terminal; an overhaul of Concourse D so that gates are able to accommodate additional and larger aircraft; two new hotels, one of which will feature a business and conference center with exhibition space, plus other landside projects; and larger parking areas for airplanes and new warehouses for the airport’s cargo operations. In a memo to the county commissioners, Miami-Dade Mayor Carlos Gimenez called MIA the county’s “number one economic engine” and wrote that the improvements were necessary to meet future capacity at the airport and an opportunity to incorporate design elements that will address issues of climate change and resiliency READ HERE