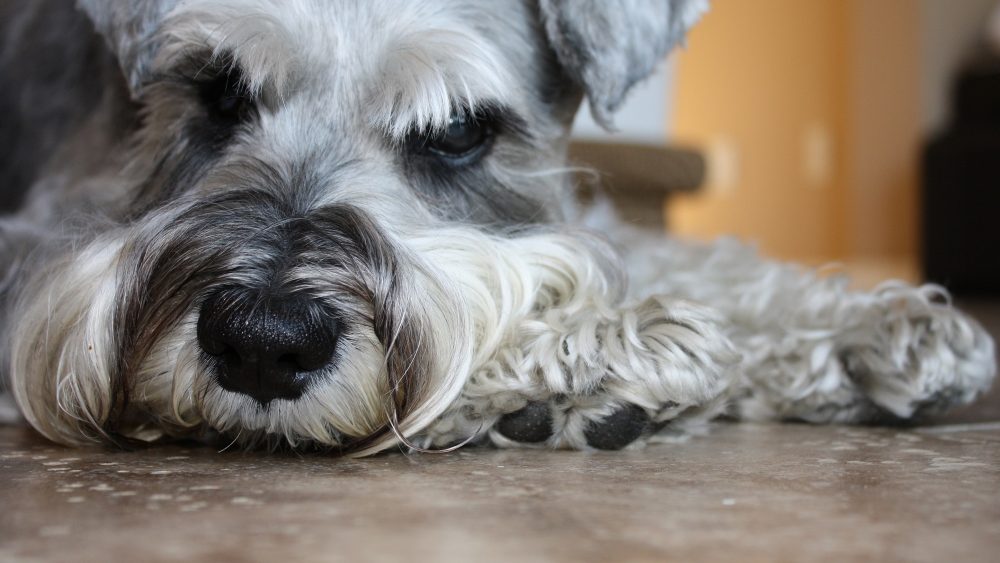 Man’s Dominion over Animals? Tell it to the Cat, Then Ask the Crocodile

Our dog Shamus has rotten teeth. When he smiles, he has the rictus of a shark. It’s a weird look for a mini schnauzer. Jagged teeth at severe angles zig zagging everywhere. He eats expensive food and does not drink a lot of sugary drinks like Pepsi or margaritas, so I don’t understand why all his teeth are rotten but he’s scheduled to ‘go for a ride’ to the vet who will gas him up and pull about 20 of his tiny shark teeth. Shamus doesn’t know any of this will be going down yet and probably won’t clue in until he’s literally carried into the clinic. He won’t walk into there voluntarily. We love our dog Shamus. How can you put a price on our love for Shamus? Easy. Vet bills line everything out for us. Consequently, we pay to ensure that he stays as healthy as can be. It’s cheaper to pull teeth than to treat a tooth infection.

It’s frightening how detached we’ve become (as a generalized, sweeping trend) to reports of ‘human suffering’. Numb. Conventional and digital age media reports on distant famines, civil wars, child soldiers, human trafficking, refugees fleeing on mass from persecution, natural disasters and unnatural disasters. I dunno, but I’m thinking this ‘numbing’ is linked to our overexposure to, and over consumption of, human carnage.

“The eyes of crocodiles are protected while still enabling vision underwater thanks to deployable transparent membranes.” -A smart zoologist

Crocodiles have a protective membrane that glazes down over their eyes so they can see underwater. I’m quite sure we do as well, but not to navigate a swamp. We observer tragedy through a rose-coloured haze. We are not oblivious. We fully recognize a disaster when we see one. And we do react. We donate. It’s easy. It’s a mouse click. It makes us feel better. It makes us feel as if we’ve have helped in some way. We attend music festivals and benefit concerts where the star-studded line up of entertainment unite for a collective hug and a ‘thank you to the world’ encore. There is sometimes a heavy sense of self-importance, self-delusion and self-gratification (Yes, Bono, I’m talking to you).

Sir Bob Geldof pioneered the familiar concept of global aid / entertainment in July 1985 with ‘Live Aid’ – two marathon concerts held simultaneously in London UK and in Philadelphia, PA. This was for famine relief in Ethiopia. Geldof reportedly saw BBC news footage on the famine that was decimating thousands of Ethiopians. He was struck to tears, and moved quickly to mobilize. Those he asked to ‘participate’ in Live Aid, he did not actually ‘ask’, but commanded, and broadcasting technology was just primed to pull off this philanthropic spectacle with signals being bounced around the world off a whack of orbiting satellites. The Concord broke the sound barrier to shuttle Phil Collins from Wembley Stadium to JFK Stadium making him the first musician to play (very badly) on two continents in 12 hours. I was in high school and was working as a dish washer at a small diner. When I asked for the afternoon off to watch Live Aid, as there was word of a possible Led Zeppelin reunion, the owner said ‘no’, so I quit. I stand by my immature, impetuous and petulant decision. Geldof’s ‘call-to-action’ was ambitious but there was a precedent. George Harrison’s Concert for Bangladesh in August 1971, at Madison Square Garden in New York City was organised to raise funds and awareness for the “refugees from East Pakistan following the Bangladesh Liberation War-related genocide.” Wikipedia. No satellites back then and a smaller bang for the buck.

Today the unnerving juxtaposition of a truly global village with that existential realization of: ‘Oh damn, I’m just one person’ has heightened that profound general sense of helplessness and futility. We try to keep up and react humanely towards the atrocity of the day. Sometimes we don’t react at all. Columbine was shocking in 1999. Waco was shocking. OJ on the Freeway was riveting. Today nothing is shocking anymore which is, in turn, sadly shocking. We witness the execution of Saddam Hussein via the footage taken from a cell phone. Years ago, this footage would be considered snuff and taboo and I think illegal? I dunno. But when he hanged, we clicked the hyperlinked 14 second clip and then immediately complained about the ‘crappy’ resolution, poor lighting and shaky angles.

For me I’ve just decided not to watch the news anymore. I’ve practically weaned myself off most forms of mass media, and thus, I am no longer totally down-to-the-minute, fully-up-to-date with current events. My orbit has shrunken considerably and my global village has been pared down to my house, workplace and the small radius around town. I get the news from going to the Post Office. This all means I no longer hear about the atrocities, which is ironic, as most true global atrocities are now given very little legitimate airtime anymore. The media demands their atrocities in to be ready-to-serve in short, dramatic bursts for consumers with voracious appetites. Covering any type of prolonged disaster risks losing the attention of the consumer. If a tree falls in the forest and there is no one there to hear it, does it make a sound? Not to me as I’ve chosen to bury my head in the sand.

Meanwhile, in my home we have three mini-schnauzers that live with us rent free —one with shark teeth. Shamus. Remember? We were a cat family up until our daughter was born. Our cat wasn’t crazy about our daughter. It would hiss at her. We had a choice: keep the cat and give away the baby, or, you know, keep the baby and give away the cat. It wasn’t a hard decision to make. It only took us about an hour or so.

I felt bad giving the cat away (to a good home, where she lived a long life hissing at babies). The way we react to animal suffering is with a visceral abhorrence. We react quickly to reports of animal abuse. Some people become fanatic, violent and dangerous when it comes to advocating for animal rights. There’s a whole lot of shades of grey fur in this cause. It’s human hubris that dictates that we have any dominion over animals. Just command a cat to do something or take a leisurely dip with a crocodile. If a crocodile eats 1000 people in some savage feeding frenzy, will we be torn between accepting this as a human tragedy or simply rationalizing the scene as “that’s what crocodiles do.” It may just come down to the resolution of the cell phone video.