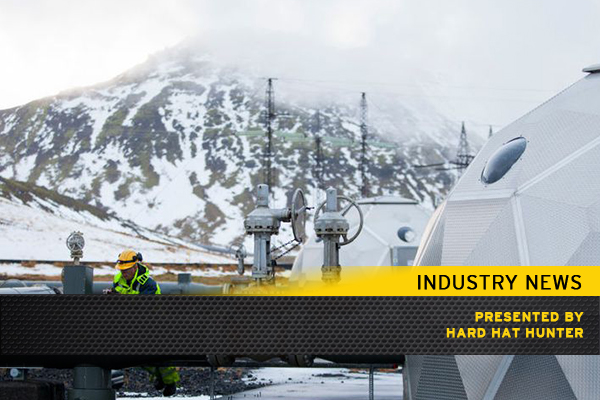 Under the Paris Agreement, almost every nation on Earth has pledged to limit the rise in global warming to 1.5 degrees Celsius, or 3.6 degrees Fahrenheit, above pre-industrial levels by the year 2100. The world’s governments are attempting to reach their own marks through various measures, even if they’re so far failing to keep climate change under control. Iceland, for example, has vowed to cut its greenhouse gas emissions by 40 percent by 2030. However, its carbon emissions actually rose by 2.2 percent from 2016 to 2017, per a report from the country’s Environment Agency; blame air travel, which is essential to the country’s robust tourism economy, but accounts for one-third of its total emissions. But Iceland is extremely atypical in that more than half of all energy it produces comes from geothermal sources. So in response to their carbon conundrum, some of the country’s most forward-thinking scientists have taken advantage of their natural resources to develop a relatively radical method for cleaning the air of those harmful CO2 emissions—and it looks like it’s working READ HERE