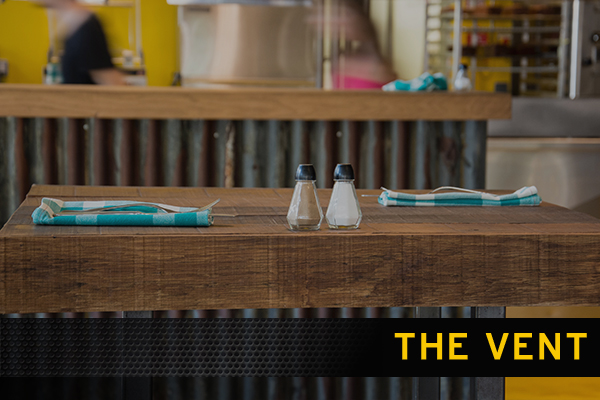 Home is where the salt and pepper shakers are hidden

Our kitchen is in our home. Our home is on our street in our city. Our city is in our province. Our province is in our country on our continent on our planet on our solar system and in the milky way galaxy, one of a million galaxies. Depending on who you ask, our planet is about 4.5 billion years old – a number difficult to nail down to the exact day.  Personally, I think they overshot it by about six years, but I guess it’s a ball park figure and I am certainly no Neil deGrasse Tyson or Bill ‘Bow Tie’ Nye. Our kitchen is not as old as the earth but may as well be.

Our bricked bungalow was built in 1979. We bought it in 1992. The guy who built it was, and is, a contractor. It’s a good house. Solid. It’s never been blown over in high winds, nor has any of the neighbourhood kids been able to tip it over as they run amok looking for mischief to get into. Our house is not as big as Graceland, but there are 2 bathrooms, four bedrooms and my subterranean bunker. We’ve raised our family in it, and you can tell by all the bumps and bruises – tell-tales signs of kids growing up. We’ve kept the house somewhat current in terms of décor and such. My wife has a great eye for cool stuff, incorporating the old with the new – antiques with modern kitsch. It works. Improvements have been completed piecemeal. One year we removed all the carpets and put down some hardwood slats rescued from a house that was being demolished. The slats stayed in our furnace room for a few years before we got around to having them put down in the living room.

Currently, our windows suck. As in they suck in freezing air from outside. They are not supposed to suck, but they are old and deserve to care less about what they are supposed to do. One time a window salesman sat at our kitchen table and offered to sell us space-age windows with a 600-year warranty. “It’s the same windows NASA uses on their space shuttles.” I laughed. Then after I laughed a little more. When I stopped laughing I asked if people really care about whether their windows outlive them? Then he left with his window samples.

Over the past few months, our kitchen has slowly been showing its age. Drawers are sticking. Handles falling off. Cupboard doors closing crooked. Aesthetically, there has been no lipstick applied since 1979. Along with this are the same appliances that we bought new when we moved in. Except the microwave. I am not sure why, but we seem to be buying new microwaves every year or so. Maybe it’s because the ones we buy cost less that filling up your vehicle with premium fuel. All of this translates into the hell I am currently living in right now. Our kitchen is ground zero for some serious renovations. We have cabinet makers coming in and out doing what they do best, bumping elbows with painters doing what they do best vying for space with some general contractors doing what they do best with new flooring and such. Everyone is specialized in certain areas and trades and are remarkable at what they do. They have my total admiration and respect as I am useless with tools and making anything with my hands.

There was one point when I was tasked with dropping in at lunch to sign for the delivery of new appliances when there were eleven people in the house.  It was a little disorienting to see so many strangers in my home when we’re not even there. It’s like a house party in your own house with you not on the invitation list because you’re not cool enough because you wear your jeans up too high.

They were laughing and talking and it seemed to be a pretty cool social scene. For me it was absolute chaos. My wife, who was and still is, the ‘go-to’ for all questions, was in hospital recuperating from minor surgery at that time, so I was relegated out of pure necessity to be the point man on the delivery of the appliances .While I was there looking around and signing things,  I was hammered with questions from all the different folks on many different particulars. Now, if someone where to ask me philosophical questions about whether we actually exist, or if life is one large illusion or shared delusion, or mass hallucination and such I could probably wax poetic for hours and hours – the meaning of life, existential ponderings that people have been asking down through the ages and such. These were not those types of questions. They were practical questions, like where to place an outlet and is it cool if some of the wiring goes through this wall, and “what if we just cut a hole here” and so forth. I had no answers for any of these questions. For every question, I was given about ten options. Nine too many. I was so out of my area of expertise that I was paralyzed and just kept asking them which option they would choose. When they would choose one, I’d say: “Okay, do that one”. They’d laugh and shake their head and ask when my wife was coming home. I think they picked up on the fact that I didn’t know my ass from my elbow.