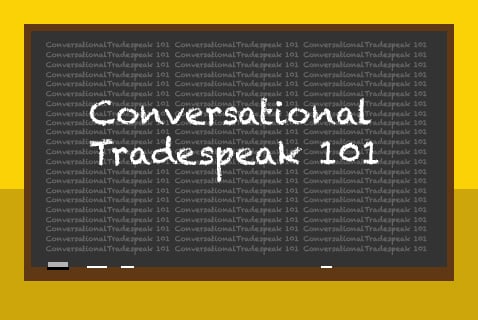 Definition: A backsight is a reading taken on a position of known coordinate(s). Since a survey progresses from a point of known position to points of the unknown position, a backsight is a reading looking “backwards” along the line of progress.
Proper usage: The first reading of almost any survey job should be a backsight onto a fixed point of reference, usually a benchmark of some sort.

Improper usage: “You can’t get one past, Henry. He has wicked backsight. I tried sneaking up on him once and he turned and gave me a karate kick.”

Definition: A foresight is a reading taken on a position of unknown coordinate(s). Since a survey progresses from a point of known position to points of the unknown position, a foresight is a reading looking “forward” along the line of progress.
Proper usage: Foresights may be taken on the “main circuit” of the survey or on additional points of interest.

Improper usage: Susan can see ten years into the future which is pretty amazing when you think about it.
Term: Accelerated Life Testing

Definition: Accelerated life testing is the process of testing a product by subjecting it to conditions (stress, strain, temperatures, voltage, vibration rate, pressure etc.) in excess of its normal service parameters in an effort to uncover faults and potential modes of failure in a short amount of time
Proper usage: Through Accelerated Life Testing engineers can make predictions about the service life and maintenance intervals of a product.

Improper usage: Chuck enrolled in the Accelerated Life Testing program online so he can become a motivational speaker, but he’s failing because he has zero motivation.

Improper usage: Harvey failed his Step Stress Accelerated Life Testing so he says his doctor ordered him to buy a new lounger and binge on Netflix and to not even think about cooking or any yard work. I asked to see his doctor’s note but he said he tripped coming out of the doctor’s office and the note blew away and I should just take his word for it. I’ve been married to Harvey for 26 years so I know when he’s pulling a fast one.