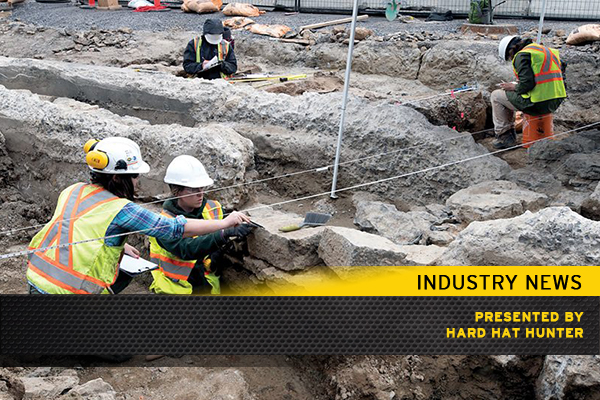 The complex contains the remnants of what existed on Parliament Hill before Centre Block was built, during the time the Rideau Canal was first being constructed. The barracks, a guard house, jail, stables and cookhouses were all built on the north half of The Hill for soldiers in the Royal Sappers and Miners Regiment, who were tasked with the backbreaking work of digging out more than 200 kilometres of earth from the Ottawa River to Kingston, Ont. The barracks themselves are about 68 feet long and 38 feet wide with a porch around the outside edge. It was used by soldiers and their families. The military complex was demolished in 1858, so the first of the parliament buildings could be built. The site, and the artifacts, are important because the venue was the headquarters for the soldiers involved in the entire canal construction. “It’s in a better state of preservation than we had anticipated,” said Jarrett. “Obviously, there’s been a lot of landscaping through the years up on Parliament Hill along with some other things that were done well in advance of the archaeological dig, so the chances of it being disturbed by any of that activity was high.” A treasure-trove of military items has already been uncovered, including chin straps, tags, buttons, pins, gorgets — which officers often wore around their necks — and other domestic items, like coins. The contractors who built the canal encountered a lot of problems, Jarrett said, so the exact amount of use of the barracks is not exactly known as the soldiers were often deployed out to different locations along the route READ HERE