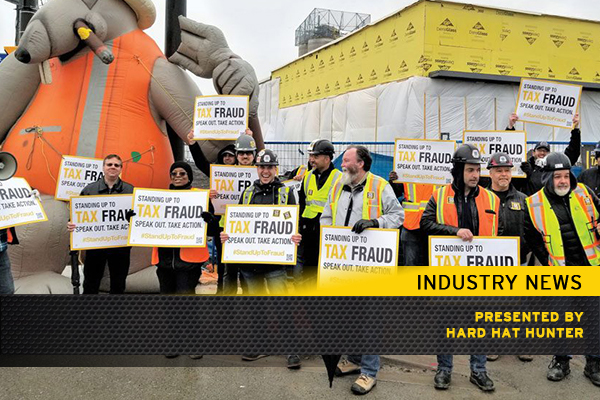 Bill 66, the Restoring Ontario’s Competitiveness Act, eliminated a mechanism through which municipalities and other public bodies could be recognized as construction employers and possibly bound to specific building trade unions.

“It should be clear, it is not a direct response to Bill 66,” said Yorke of the days of action campaign. “The days of action is driven by the United Brotherhood of Carpenters across North America and every local area including Toronto stepped up to the plate and made this about tax fraud in the construction industry.

“It just so happens, in the Ontario context, we have an Ontario government which put forward Bill 66 which looks to dismantle collective agreements. The argument of the Carpenters’ is, in terms of a bulwark against increasing tax fraud and the underground economy, one of the best policies a city can have is a collective agreement with the construction sector.” READ HERE