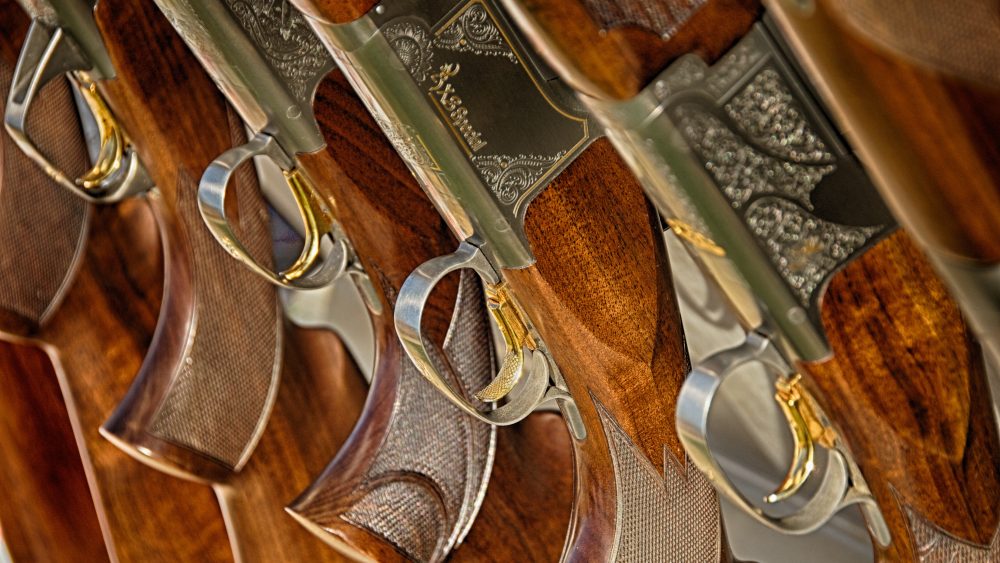 Round these here parts the leaves are falling and the bullets are flying. It is now officially open-season on anything with antlers, wings, hooves, fur or anyone with scary clown makeup. At the time of this dispatch, there are convoys of retrofitted school buses painted green roaring through our town-center en route to remote patches of woodland, lodges, or ramshackle camps. Many of the long buses have canoes and ATVS in tow with roofs supply ample space for supplies strapped securely under massive tarps.

Hunting has become a polarizing issue for many, and not just around polar bears. (Get it?) It’s pretty well a non-topic around here. My dad was a hunter — moose, deer, partridge. We’d eat whatever he shot, although our lives didn’t exactly depend on it. We did not need fresh meat to sustain us. We were more of a ‘gathering’ type family. Even today, my wife and I gather things from a grocery store, or if in a pinch, a gas station convenience store.

My dad would bank his yearly work holidays then take them all in one fell-swoop when the moose and deer season opened sometime during October. Three weeks. No ATVs. No GPS. A compass, sensible footwear, a topographic map, cigarettes and ammo. His hunting party would walk miles-deep into the ‘bush’ to a clap-trap camp that was built years before any of them were born. This was the home base from which they’d settle in before dispersing on their daily hunting treks. Paired off, they would spider out madly off in all directions. Everything the party needed to live for a week was carried in. If they bagged a moose or deer, it was butchered and sectioned where it fell. And carried out.

For some, the love of the hunt is passed down from father to kid, and eventually there comes a day when the son or daughter bags their first kill; a rite of passage celebrated by the proud father and the beaming son, or daughter.

My older brother, who was big on Chuck Norris flicks and drop kicks, loved going out with my dad on short walks for ‘birds’. Once a year, I would reluctantly go along at my mother’s insistence. It would always be on a rainy Remembrance Day as it was a holiday. It was bleak. Many years later The Blair Witch Project would come out and that’s exactly how I remembered my yearly forced bird walks; a ten-year old’s slow descent into absolute disorientation. In the genre’s first ‘found-footage’ film, the descent was gradual and insidious spread out over a few days. For me, it was over the course of maybe two hours — three hours, tops! My brother was always into it. He even brought his homemade Chinese Flying Stars which of course made zero sense. My brother was thrilled when he first fired a shotgun under the careful eye of my old man. It was after a long day without seeing any signs of life.

When it was my turn, I was terrified. My dad instructed me as to how to hold the twelve gauge shotgun; to press the butt firmly against my shoulder as there will be “a bit of a kickback”. It was a Remington. I remember that name. It was engraved into the handle. He showed me how to sight and how to stand. I wanted nothing more in life at that precise time to be at home doing anything but this. He waited behind me. He kept saying, “keep both eyes open. Take your time and . . . .” I tuned him out, closed my eyes and pulled the trigger. BOOM. The gun jammed back into my shoulder sending me sailing backwards. The shotgun went flying in a cloud of blue smoke. I remember the sound. It’s still ringing in my ears. While I landed on a soft patch of moss, the gun landed on a rock, splintering the stock.

The drive home was quiet. We saw about ten partridges who owed their lives to me.