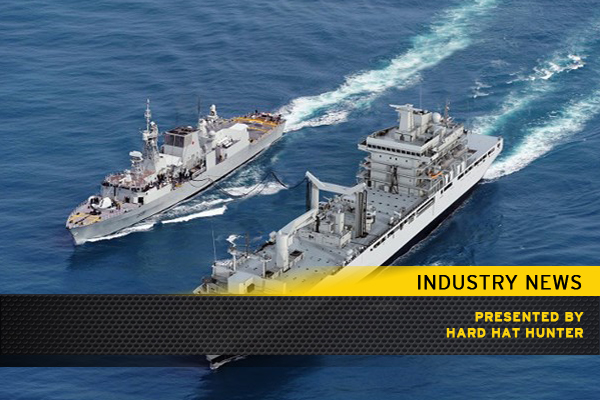 A West Coast shipyard will be sourcing finished product from Algoma Steel to build support ships for the Canadian navy. Seaspan Shipyards of North Vancouver, B.C. announced June 18 that the plate for Canada’s new Joint Support Ships project is coming from the Sault Ste. Marie sheet and plate producer. The award follows a procurement process conducted by Seaspan’s supply partner, Samuel Custom Plate. Under the contract, Samuel Custom Plate and Profiles (CPP) will subcontract Algoma to provide the plates used to build part of the hulls for these ships. The value of the contract and the specific steel order were not disclosed in the news release. According to the shipbuilder, Algoma represents one of almost 80 Ontario suppliers Seaspan is working with under the National Shipbuilding Strategy, representing more than $850 million in work to replenish the fleet for the Royal Canadian Navy and the Canadian Coast Guard READ HERE