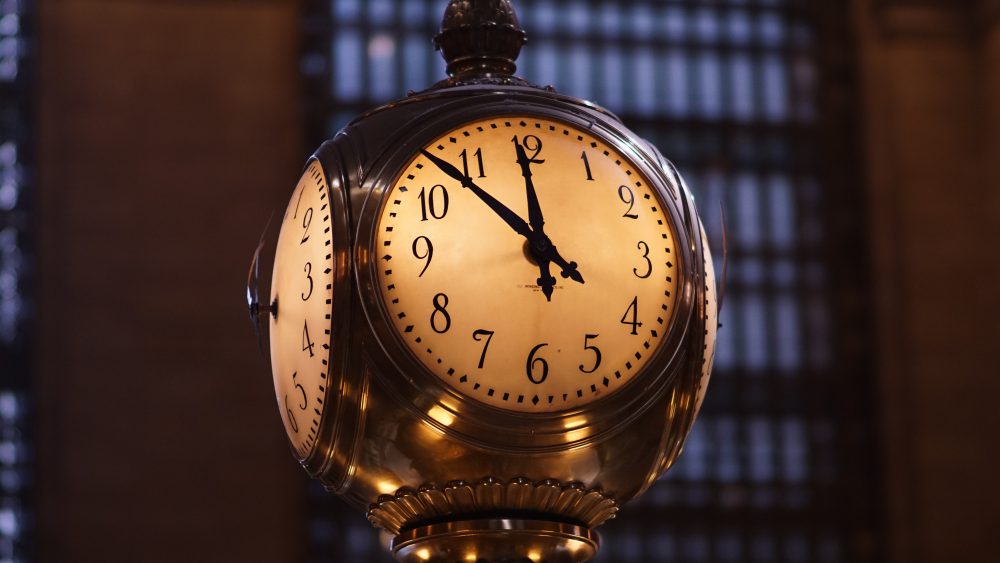 365 days will soon be put to bed. When my son was just a tot he’d ask at the end of each day as part of his tuck-in routine: “Dad? What did we do today?” It was an obvious ploy to buy some extra time before having to kill the lights and go to sleep. So, I’d go through all the stuff we did together that day or I’d just make up random stuff that I figured he would’ve done while away at primary school. “Today at school, you hot wired a bus and left it abandoned at the docks. Then you learned how to tap dance. Uh, oh yeah, you found a massive sack of money and blew it all betting on horses. You also wrote a nine-part rock opera but it wasn’t very good, and when it was performed, people said that none of it made any sense. Everyone booed and threw tomatoes at you.” All in one day.

Looking back on a specific period helps people find perspective, organize and compartmentalize memories, past events, occurrences and notable milestones while subconsciously grading themselves in terms of whether it was a ‘good year’ or a ‘bad year.’ Sometimes when it comes to history, we may revise it to put a different spin on it. Revising history is typically not encouraged.

Proverb: “Hindsight is 20/20” (idiomatic) In hindsight things are obvious that were not obvious from the outset; one can evaluate past choices more clearly than at the time of the choice.

It’s typically with a sense of melancholy that we look back on ‘another year gone’. “Man, 2016 flew by!” We kind of mourn the passing of time instead of looking forward to the future with enthusiasm and a brimming optimism.

Sometimes, while still hung-over from the previous night’s Ball Drop celebrations, we will make a list of promises and resolutions to ourselves and others (who in turn are making their own list of promises and resolutions to themselves and others) with the ‘at-the-time sincerity’ of staying strong and not quitting or giving up only to weaken, quit and give up a few days later. What an odd annual self-defeating exercise we subject ourselves to. I seldom make promises to myself or anyone. If history has taught me anything, it’s that it’s just easier to do my best each day at being a decent guy. Tomorrow, I make no promises. I’m generally well-liked, so I must be doing okay. I don’t need to become a martyr or saint. I have a litany of bad habits, but it no longer occurs to me to make a resolution on the 01st day of the 01st month of a new year to simply will myself to trade them in for good habits.

When I do make plans, or set goals, I keep them vague, nebulous, hazy and difficult to quantify. If I keep things vague, and my cards close to my chest, people are unable to call me on anything if it’s not done at a certain time.  Seldom do I actually tell anyone about my plans. Seldom am I aware that I’ve even made any plans.

I HAVEN’T LET ALL MY FAILURES HIT ME YET

In the year 2016 Anno Domini I wanted to work on some music projects. I did. I kind of wanted to get some writing done. I did. I learned new words and spelled them wrong a few times. I had wanted to see a few concerts from my shrinking Bucket List. I did. I slept in a few times. I learned some new guitar stuff and was able to put it into practice. I began working on some recording sessions etc. I grew a really gnarly beard. I knew that I’d be doing all of these things at one point but these goals were never defined as benchmarks assigned to a Gregorian calendar year. I don’t know Greg and I never asked him to organize my week in a linear fashion. I never asked for an annual demarcation line.

For everything thing that I did manage to accomplish, there’s a littered trail of things I just never got around to. For every one thing I finished are ten that I never even started. But that’s cool. To each their own in their own time. For every thing I did right, I probably did five things wrong.

I spent money and earned money, quite often spending money I had yet to actually earn which is not wise. I do not require 20/20 hindsight to know that spending before earning is not wise, but a wise man I have never claimed to be, plus a wise man would never claim to be a wise man. That would be foolish for only a fool claims to be a wise man. I just made that up and it sounds like it’s wise – like a proverb or a fresh new idiom for the new millennium.

I learned many things about people, and the world at large which seems to be getting smaller by the minute. I was reminded that in my tiny orbit people are genuinely good-natured and kind-hearted. Sometimes I forget that when I open my eyes too wide and let too much of the world in. 2016 was a year according to Greg. Great things happened on certain days. Funny things happened too many times to recollect. There were more than a few days that were mired in sadness. I made some decisions that turned out to be solid and some that were based on faulty logic and circular thinking.

2016 was actually a carbon copy of 2015 except today I’m heavier and my body has adapted a peach shape. I’ve also had to get stronger eyeglasses, stepping up from bi-focals to tri-focals. It seems that my days of 20/20 vision are over unless I’m looking to the past in which case it has a tendency to be perfect.