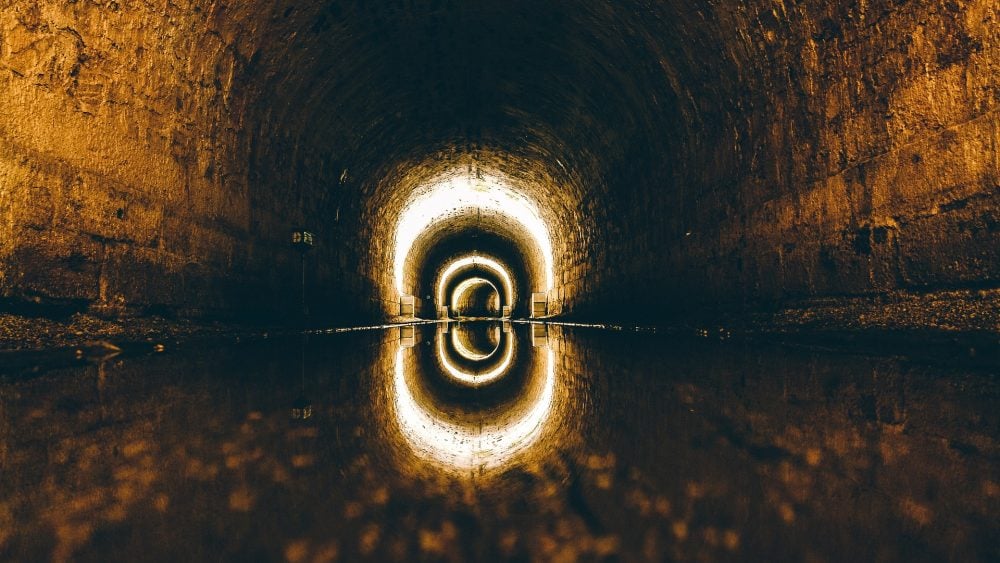 In 1863, a bridge to cross the River Thames failed due to the height required for ships to safely pass underneath. As a result, the idea of an underground tunnel was conceived.

The tunnel, which would become the Tower Subway in London, would be the second oldest tunnel running under the River Thames (the Thames Tunnel being the first).

Construction began in 1869 to dig out a 1,340 foot circular tunnel. A wrought iron tunnelling shield was used to bore through a layer of clay just below the river bed.

From start to finish, the project took just under a year to complete. A record at the time. At completion, the tunnel would be a narrow 7-feet in diameter.

2-foot, 6-inch narrow gauge rails were laid in the tunnel, to accommodate London’s first underground tube. The tunnel officially opened in August 1870, transporting small numbers of commuters in a cable-hauled wooden carriage from one end of the tunnel to the other.

Due, in large part, to unreliable equipment and lack of custom, the tube railway system of Tower Subway was highly unsuccessful. The operating company went bankrupt within a year of the tunnel’s use.

Subsequently, the tunnel was modified to become a pedestrian walkway. During the span of its life, approximately 1 million pedestrians crossed using the narrow tunnel for a small toll fee.

Closed to the Public & The Tunnel Today

In 1894, London’s Tower Bridge was open without an associated cost, rendering the narrow and dark Tower Subway walkway redundant.

4 years later, Tower Subway closed to the public and was sold to London Hydraulic Power Company. The tunnel was used for the then-popular hydraulic tubes and water mains.

Today, the tunnel remains closed to the public, but is used to carry telecommunications cables. It remains an impressive feat of Victorian building technology.