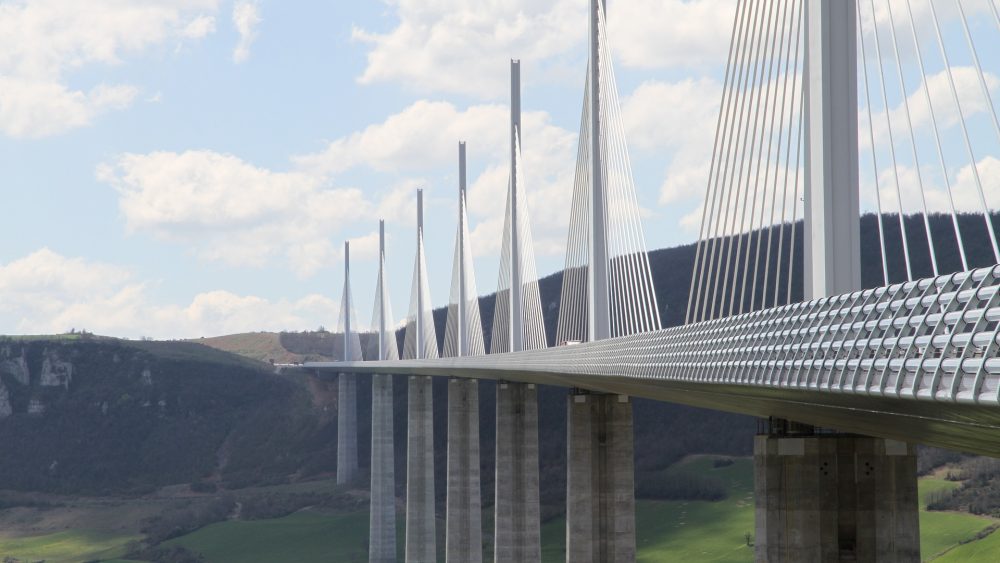 The Millau Viaduct is a multi-span cable-stayed viaduct motorway bridge in Southern France. At 8,071 feet long, and 1,025 feet tall, the viaduct is the world’s tallest bridge and easily one of the world’s most recognized bridges. The expansive structure spans the Tarn River and Tarn Valley near the town of Millau. The viaduct sits 909 feet above the Tarn River.

Ends to a Mean

The notion of creating a bridge across the Tarn River was first decided by the French government in October of 1991 to relieve traffic jams on the auto route that connects Paris to Spain. Often referred to as the “missing link” between the two locations, the Millau Viaduct aimed to reduce bottleneck traffic.

The 4-lane Millau Viaduct was designed by French structural engineer, Michel Virlogeux, and British architect, Norman Foster. It was constructed by Eiffage Group, and has a design life of 120 years.

Construction on the bridge began on October 16, 2001 and required approximately:

The viaduct officially opened on December 14, 2004, with a reported total cost of ‘394 million. 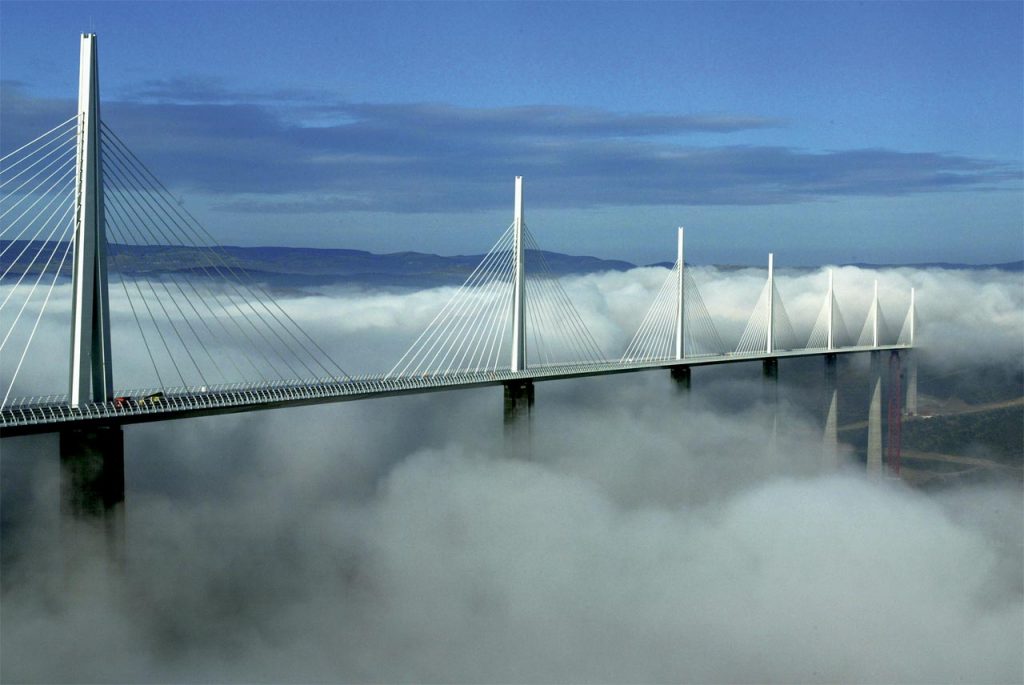 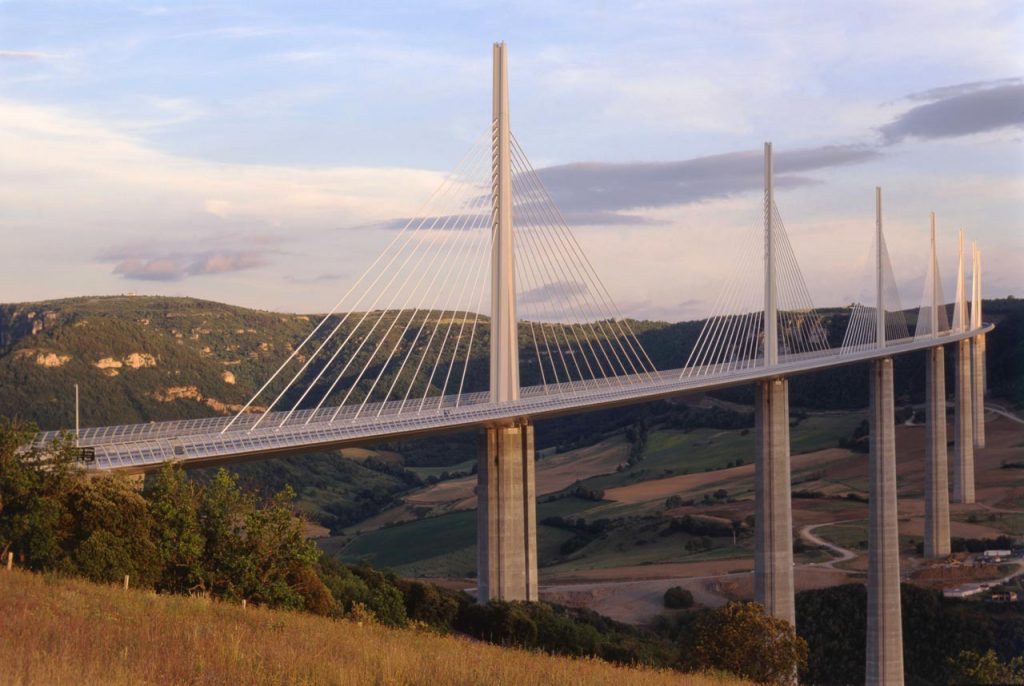