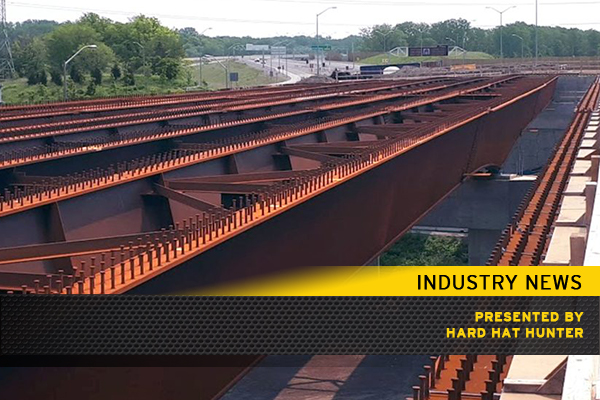 To most of the general public, the first visible sign of construction of the new Gordie Howe International Bridge between Windsor and Detroit is a 170-metre long overpass connecting Hwy. 401 to what will be the new bridge’s Canada Customs inspection plaza. Work began in 2017 and should be completed by the end of this year on the structure over the city’s busy west side Ojibway Parkway, a major commuting route which carries 25,000 vehicles a day. The $27.5 million overpass, being constructed by Windsor-based Facca Inc., which also crosses a railroad track and the Customs plaza footprint’s already completed Perimeter Access Road (PAR), will include ramps connecting the plaza to and from Ojibway Parkway. All the while, work has proceeded through construction staging to avoid major commuter traffic disruptions, with eight overnight road closures and several partial daytime interruptions. While the work is being carried out under the auspices of Ontario’s transportation ministry (MTO), prep work was done under the Windsor-Detroit Bridge Authority (WDBA), the federal agency overseeing the Gordie Howe bridge construction itself. This preliminary work, such as planting wick drains, building a drainage layer and depositing advanced fill, was carried out by Windsor’s Amico Infrastructure READ HERE