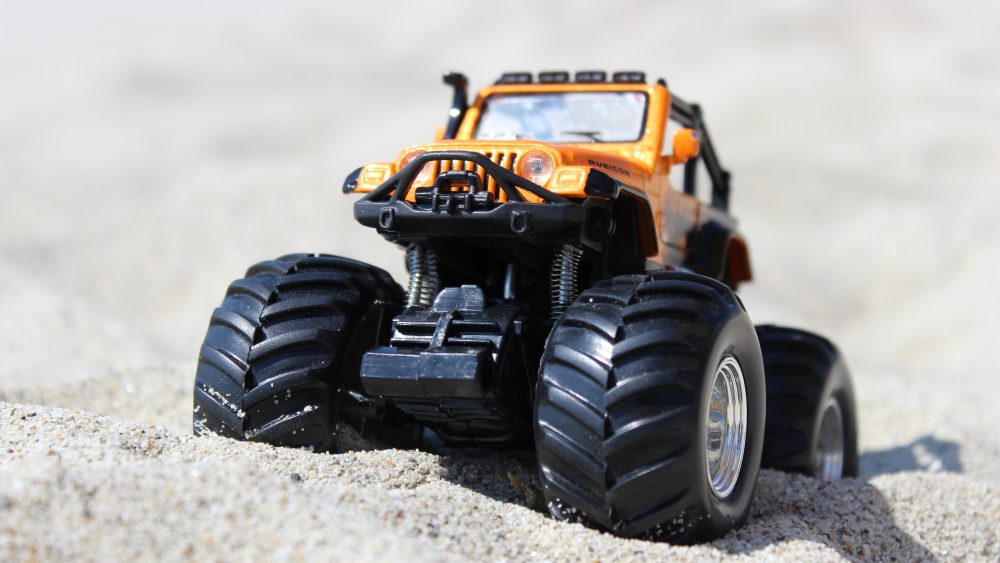 I drive a Jeep. It’s nothing fancy. It’s a Patriot. It’s not the cool kind with no roof, fat black roll bars and crazy tires that can slow-crawl me up a snow-capped mountain in low gear like in them fancy TV commercials. I don’t know anyone in real life that has ever driven up a snow-capped mountain with a Jeep. I have also never known anyone to drive down a public beach in a Jeep, skimming the waterline. I’m assuming it’s because it’s illegal.

My Jeep gets stuck all the time in the winter because it is a front wheel drive with all season tires. No glamour there. Sometimes it veers a little left when it’s supposed to just go straight when I take my hands from the steering wheel. When it becomes too unreasonable, I bring it in to my mechanic and he straightens things up for me. I know him. I trust him. I rely on him to “give it to me straight” assuring him that “I can take it.”

The Jeep is paid for now, so I feel obligated to maintain it for as long as I can. I don’t want a new vehicle of any description. I’d rather have something cooler, like a helicopter, hovercraft or a zeppelin. I miss the golden age of airship travel. LZ 129 Hindenburg was a game changer for that scene.

I don’t bring my Jeep in every time it burps, farts or hiccups, which it does now and again. Too expensive. I am familiar with all the squeaks and clunks. In this way I kind of know what is a normal chugga-chugga or if some new symptom has been introduced. I wasn’t always as discerning when it came to bringing the Jeep in for servicing. When it was new and covered bumper to bumper with a Factory Warranty, I would bring it in every twenty minutes or so. After the Warranty expired? Not so much.

A few months the CHECK ENGINE light came on. That was a first. Yikes. How long could I drive before my Jeep would blow up? Hours? A week? I googled. There was no consensus among the billions of people out there who have waged their own personal wars with the malevolently nebulous CHECK ENGINE light. The only thing that people agreed on was the fact that it probably should not be ignored.  Damn. I made an appointment. After a quick diagnostic, it turned out that gas cap was loose and had not sealed properly. It was a ‘cry wolf’ type of moment that cost me a few unnecessary bucks. I then bought my own little OBD code reader from Amazon. It came over from China on a very slow boat.
Recently, the CHECK ENGINE light came on again. After the instinctual fear factor abated, I calmed down and plugged in my little gadget. I pressed SCAN and waited. After a few seconds spent in heavy thought, the display gave me a secret code that would demystify the light. Alas, it was the same problem, but the magic now was in the option to just delete the code which would turn off the CHECK ENGINE light. Nice. Problem fixed. I googled this code which is apparently a widespread annoyance which makes it that much easier for me to ignore. The light came on again recently. I scanned and erased. I also bought a replacement gas cap which is set to sail on a slow boat from China. Thanks Amazon.

Now, to segue awkwardly into an unashamed metaphor: Some people will say sometimes when recounting a life-changing first meeting with their spouse, that when they saw that special someone from across a crowded room, their “heart skipped a beat”. Well, last year, my heart started skipping beats but I was nowhere near a crowded room and I was not making lovey dovey eyes at anyone! My heart was simply skipping beats. No good. It was the same as the CHECK ENGINE light; that same coping mechanism that persuades one to turn of the engine and restart, hoping the CHECK ENGINE light won’t return, but it usually does and you knew it would. Ignore? If so, for how long?

I ignored it for a while and didn’t tell anyone. Then my heart stopped skipping beats. The CHECK ENGINE light went off. Okay, that was good enough for me. Then, just when I was starting to forget about it, my heart started skipping beats again. CHECK ENGINE. Okay, enough. I made an appointment with my doctor and he gave me this thing (about the size of my OBD code reader) to strap on for a week which monitored my heart rhythms. I was to press a button on this device clicked on to my belt every time I felt my heart skip a beat. This device would ‘beep’. It looked like a pager. I felt like a big shot from 1993. After a few days I would call a number and it would download all the data collected on what I was convinced was a wonky heart. Long story short, my heart was not skipping beats but I was drinking way too much coffee and not eating. The heart wants what the heart wants. I cut down on caffeine and now try to eat. So far, the CHECK ENGINE light is off both on my Jeep and in my brain.