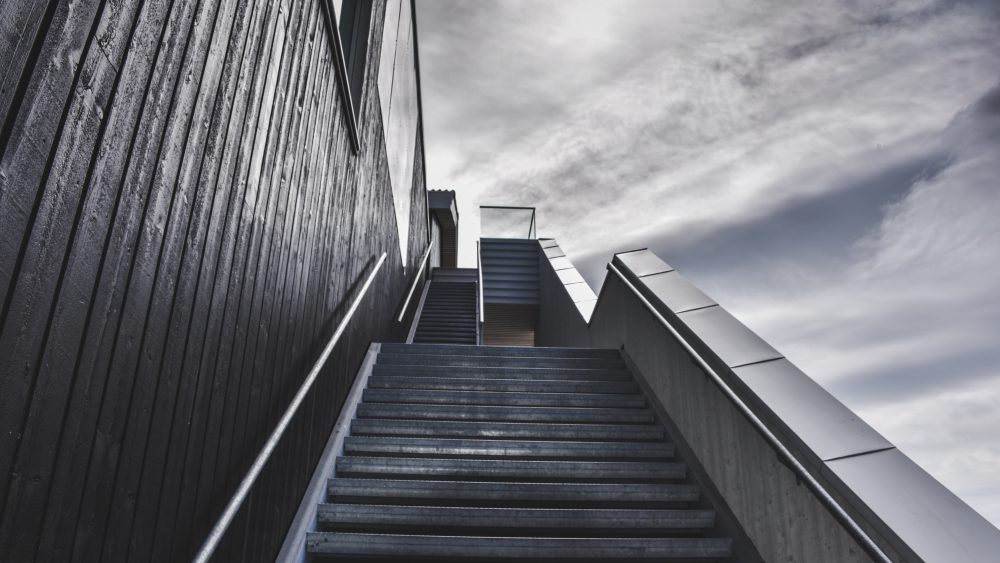 Build Your Own Stairway to Heaven One Arpeggio at a Time

Stairways can be tricky to construct for a number of reasons. First they need to work as well when stepping up as they need to do when stepping down. Bi-directional.  The step is a versatile component of the stairway. It’s vital. Without them you would only have two wooden stringers that take you neither up nor down.  There are myriad types of stairways or stairwells. Some are ornate, intricate, and twirling, elevating you up hundreds of feet or subterranean far down enough stopping just short of Hades. Others stairs are pretty basic consisting of two or three steps that just serve to make life a little easier.

Robert Plant, dynamic lead vocalist and rock and roll golden boy from the hit pop group that all the kids are talking about, the mighty Led Zeppelin

Just as steps on a stairway ascend and descend, so do musical notes if arranged in a particular order. Each note is associated with its own unique pitch, with each note either higher or lower than the preceding note plucked, picked, twanged or hammered. They go up and down. In blah-blah music theory, a diatonic scale is a 7 note (heptatonic) scale. Do. Re. Me. Fa. So. La. Ti. Do.  (“Doe, a deer a female deer. Ray a drop of golden sun . . . come on and sing everybody!! You! You in the back. SING!!”)  Up and down the stairs.

May musical compositions rely on musical phrases or passages to evoke a certain emotion from the listener. The composer can build a palpable tension through ascending arpeggios, elevating the listener; much like escorting them up a stairway. An arpeggio is the actual sounding of the individual notes of a chord one after the other in rapid succession, instead of simultaneously; essentially the opposite of a strum.

In creating music we have the same tool box as anyone working within the framework of Western music. The same building blocks. The same bricks. Seven of ‘em. A,B,C,D,E,F, and G. That’s it. No H brick / note. If you are so inclined, you can stretch out with sharps (just a smidge higher than the note but not as high as the note above) and flats (just a smidge lower than the note but not as low as the not below).  There are plenty’o tools in the box. Alone, a single note (brick, step, etc.) serves limited purpose with a limited value, but if organized in such a way, a musician can really bum someone out (minor chords are great for this) or happy some up (major chords are great for this) or just really freak someone out and make them jumpy (bebop as a jazz form is great for this). Frank Zappa was a genius at melding all forms of music from traditional orchestrations to almost atonal pieces that challenge the listener.  He was a master craftsman with a tool box large enough to hold every tool available.

Like every journeyman / journeywoman, everything is contained in your mind and in your body. Everything starts with a blank canvas, a musical staff with no notes; a blueprint with no blue. This is where the true nexus for your creativity exists. A wall is never just a wall.