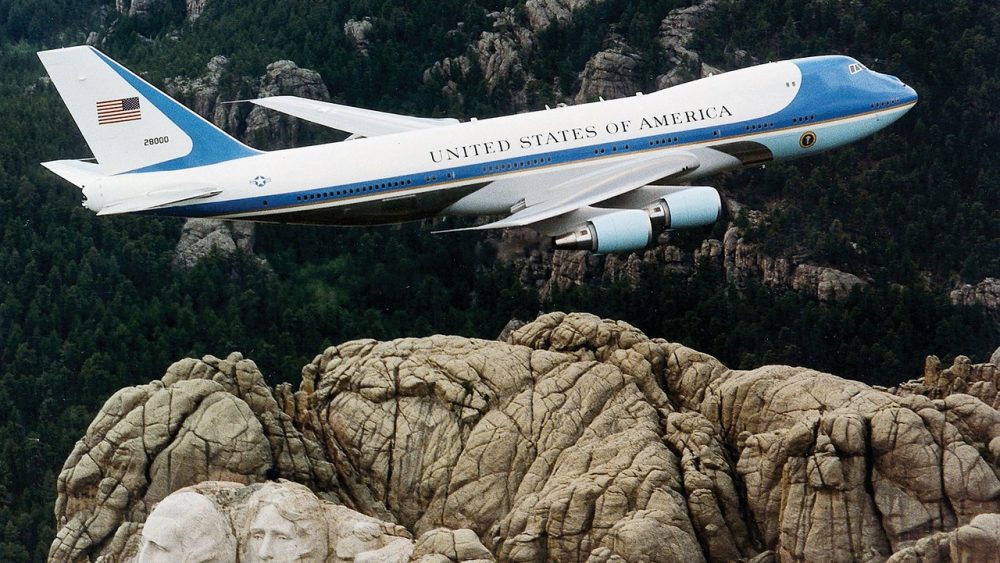 Arguably the most renowned aircraft in the world, and likely the most famous American plane, is Air Force One.

The plane has been depicted countless times in popular media, including films such as Air Force One, White House Down, and Escape from New York. But how much of what we have seen of the aircraft is fact, and how much is fiction? Here’s what you need to know about the air vessel of choice for the American President:

What’s in a Name?

Technically, ‘Air Force One’ is a term used to describe any aircraft used to carry the President of the United States of America, however, the term is generally reserved for the specific customized plane used to transport the Commander-in-Chief.

‘Air Force One’ is actually one of two identical planes. Both planes are customized Boeing 747-200B series aircrafts.

Here’s some cool facts regarding the commercial jet itself:

The plane is equipped to be refuelled in air, giving the world’s largest jet the ability to fly anywhere at any time for any amount of distance.

Idea Behind the Plane

The concept of a specialized plane for the President first arose in 1943, when concerns regarding reliability issues while utilizing commercial airlines to transport the Commander-in-Chief came to light.

It wasn’t until Reagan’s presidency, however, that the Boeing 747 was first used as the aircraft series of choice.

The plane, often referred to as the ‘Flying Oval Office’, offers 4,000 square feet of floor space on three separate levels. It features meeting rooms, press areas, and even a medical suite and functioning operating room.

During Obama’s presidency, it was announced that Boeing’s 747-200B would be replaced with the 747-8 series plane. This plane, which is currently the world’s fastest commercial jet, has a capable cruise speed of .855 Mach, a wingspan of 195 feet, and is 232 feet long.